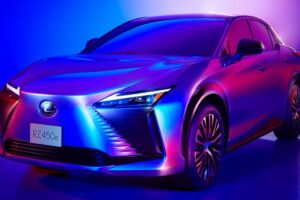 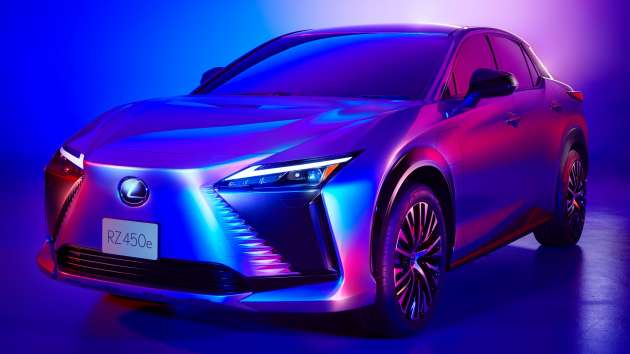 Lexus has officially shown the RZ 450e in full, its first ever dedicated battery-electric vehicle. It’s the second BEV after the UX 300e, but unlike the smaller SUV, the RZ isn’t related to any existing model with an internal combustion engine.

Details are still kept under wraps, but it appears to be a posher version of the Toyota bZ4X, which means it should ride on the same e-TNGA platform (Lexus has yet to come up with its platform designation), also shared with the Subaru Solterra. 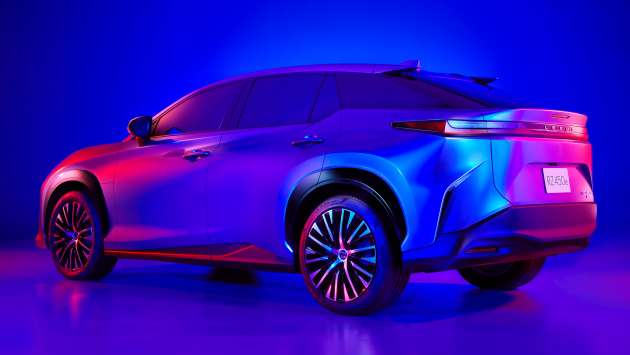 What’s likely to be different is the powertrain – the 450e badging indicates that it will pack more power than the bZ4X’s maximum output of 160 kW (218 PS). The Direct4 badge also means the RZ will get at least two electric motors and all-wheel drive, which is similar to what was announced for the LF-Z concept. There, Lexus touted outputs of up to 400 kW (544 PS) and 700 Nm of torque.

Range and battery capacity also remain a mystery, though both the bZ4X and Solterra are equipped with a 71.4 kWh lithium-ion battery (operates at 355 volts) as standard. The maximum range is 530 km (WLTP cycle) for the FWD model, or 460 km for the AWD version.

Meanwhile, Lexus said the LF-Z concept packs a 90 kWh lithium-ion battery, providing a range of around 600 km on a full charge. It’s also a brisk performer, doing the 0-100 km/h dash in just three seconds flat, and tops out at a maximum velocity of 200 km/h. It remains to be seen if the RZ 450e will get anywhere close to these figures. More details of the SUV will be released closer to its launch, which takes place in 2022.