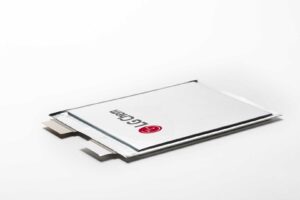 This week has not started too well for LG Chem, whose subsidiary LG Energy Solution is involved in General Motors’ battery recall, recently expanded by an additional 73,018 electric cars. The battery cells might have manufacturing defects that may lead to a battery fire.

Let’s recall that GM’s intends to replace battery modules in a total of 142,000 electric cars (all Chevrolet Bolt EV and Chevrolet Bolt EUV ever produced), including about 100,000 sold in the U.S.

With Hyundai’s battery recall of about 82,000 EVs, the LG Chem’s LG Energy Solution basically has to produce battery cells for around 224,000 EVs (Chevrolet and Hyundai) again.

We believe that a small, five digit number of Stellantis’ Opel Ampera-e (the discontinued European Chevrolet Bolt EV, sold for a few years by PSA to comply with emission requirements) will come on top of that. There were even fire reports concerning that model too, potentially related to the same issue.

But regardless, Reuters reports that LG Chem shares are down nearly 10% on Monday, while the LG Electronics, which assembles the modules containing LG Energy Solution cells, is down almost 6%.

GM announced that will pursue reimbursement from LG Chem’s LG Energy Solution. The company estimates the total costs at about $1.8 billion ($1 billion for the latest recall expansion). According to Reuters, in the case of Hyundai’s recall, the cost was about 1 trillion won ($852 million) and analysts expect 60% assigned to LGES.

The necessity to estimate the costs might delay the IPO of LG Energy Solution (from September to maybe October or November).

The battery division of the South Korean group was profitable in the recent quarters, but the scale of recalls suggest that they will eat profits from at least several quarters.