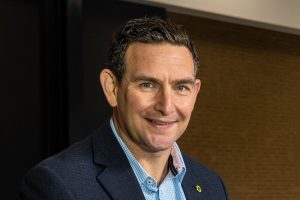 Lotus Cars has announced that its executive director for engineering, Matt Windle, has been appointed as its managing director effective immediately. He succeeds Phil Popham, who will be stepping down to pursue personal projects, staying on until March to facilitate the handover process.

“Matt is an excellent fit for the senior leadership role at Lotus,” said Popham. “He has been an excellent colleague to me since I joined the company and is a popular and very effective member of the Lotus executive team. He’s a long-standing “Lotus Man” and I’m proud to welcome him as my successor. We will continue to work closely together in the coming weeks as I hand over the reins and pass the baton on to the next phase of the Lotus story.”

Beginning his career at Lotus as a CAD designer in 1998, Windle, 49, rejoined the company to head its engineering division in 2017, doing double duty in helming the carmaker’s engineering department and the Lotus Engineering consultancy. He has more than 30 years of international automotive experience under his belt, having previously worked at Caterham, Tesla and Volvo.

“It is an honour to be appointed managing director,” said Windle. “Of the many manufacturers I have worked with over the years, Lotus has been closest to my heart. I have a history with the company dating back more than 20 years and I really know my way around the business. This period since 2018 has been the most exciting of my career and the scale of the global opportunity ahead of us is both inspiring and all-consuming.

“I am proud to follow Phil into the leadership position and he has left a great foundation for me and the team to build on. I thank Phil for his friendship and support of the past years. I am proud to represent our shareholders Geely and Etika as I continue to work with our talented and dedicated team to fulfil the ambition for this wonderful brand and business around the world.”

Group Lotus CEO Feng Qingfeng added: “Our future is extremely bright indeed, with new designs, new technologies and new markets for us to leverage with this precious brand. I thank Phil Popham for his dedication in bringing new stability and governance to the business following the restructure of 2018. I also welcome Matt Windle into the role of managing director. I very much look forward to continuing to work with him and the UK team as we expand both Lotus and Lotus Engineering across the world into a new era.”

Popham joined Lotus in September 2018, a year after Geely and the DRB-Hicom-affiliated Etika Automotive purchased the company from Proton. Under his stewardship, Lotus generated increased revenue, rejuvenated Lotus Engineering and revealed the new Evija electric hypercar. The latter is set to be the most powerful production car in the world, with an astonishing 2,000 PS.

Windle’s appointment comes at a pivotal moment, as Lotus gears up to introduce two new models in 2021, the Evija and the yet-to-be-named Type 131 sports car. Both will be built at a revitalised Hethel plant, with the Type 131 set to replace the core Elise, Exige and Evora models that will be discontinued this year. Lotus will announce Windle’s replacements at the engineering division at a later date.