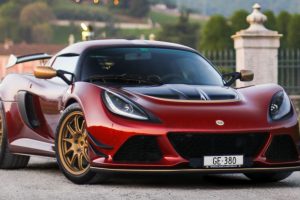 According to a report by Automotive News Europe, Lotus will unveil a new sports car this summer (mid-2021), which it hopes will widen the brand’s appeal globally. In an interview with the publication, Lotus CEO Phil Popham said the upcoming model will provide the company with substantial growth. Last year, Lotus delivered 1,378 cars, a 4.4% increase from 2019.

The unnamed model will be powered by an internal combustion engine, although it isn’t known if it will feature any form of electrification. Production is said to begin at Lotus’ upgraded Hethel facility next year with various versions offered, priced from 55,000 British pounds (RM305,038) to 105,000 pounds (RM582,346).

Given the varied price points, the new sports car could effectively replace Lotus’ entire aging line-up, which includes the Elise and Exige, both of which are more than two decades old, as well as the nearly-12-year-old Evora. Previously, Popham described Lotus’ future offering as an entry-level model with enough interior space for daily use. As mentioned at the start, the new model will serve to widen the brand’s appeal in more markets, including in the United States, where the Evora is the only model currently offered. The US is Lotus’ second-largest market after Germany, with the United Kingdom in third and Japan fourth.

“This car will have a wider price point, and that gives us an opportunity in the US. To be successful in the sports car market you have to be successful in the US, said Popham, who added that future models must be developed for global markets. “Any healthy business spreads its risk in terms of geographic coverage,” he noted.

Lotus, which was acquired by Zhejiang Geely Holding (ZGH) Group in 2017, is also focused on fully electric models, with the Evija being a good example. There’s also an SUV on the way (reportedly called the Lambda), which will be made at a new plant in Wuhan, China. More recently, it confirmed the joint development of an all-electric sports car with Alpine.