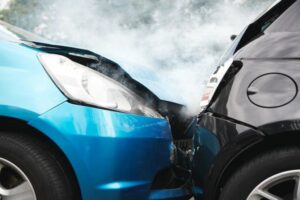 The incident, which took place on the second of February last year, saw Keith Pulling crash into another vehicle in Hendon. Newcastle Crown Court heard that Pulling also had stolen licence plates in the Motability vehicle when he crashed into an orange Vauxhall Mokka.

The owner of the Vauxhall left their car and started taking pictures of Pulling, who “appeared to be intoxicated”, according to Prosecutor Graham O’Sullivan.

The prosecutor also said that Pulling told the other driver, “If you get the bizzies (police) I’ll go to jail,” before driving off at speed down the back streets of Hendon.

Damage caused to the driver’s car amounted to £400.

The court heard the car Pulling was driving was found to have been a Motability vehicle stolen a month earlier from the home of a man with “a number of health issues” who “relied on it to get around”.

The man whose Motability car was stolen provided a statement for the court which said: “I have a number of health issues and being without it for weeks has been difficult.”

“I’m deeply upset knowing the car has been damaged – I was hoping it would be found intact.”

A Motability car allows people to exchange their mobility allowance to lease a new car, scooter or powered wheelchair.

There are more than 650,000 Motability car scheme customers in the UK, with a 99 percent customer satisfaction rate.

Government should not ‘dictate’ electric cars are ‘only answer’ [ANALYSIS]

They also offer a range if vehicles which are equipped with wheelchair accessibility features.

Mr O’Sullivan said the licence plates on the car had been stolen 48 hours earlier from a woman who noticed they were missing when the car was parked outside her house.

She told police the plates were “of sentimental value because they belonged to her deceased brother”.

The court heard Pulling, 41, was arrested later that day and linked to the car by a fingerprint on a bag inside the vehicle.