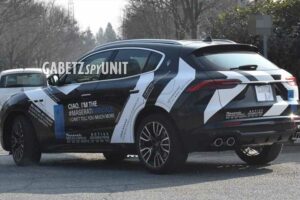 It seems that everything surrounding the big debut of the Maserati Grecale is almost ready. The Italian company confirmed the crossover will be unveiled on March 22 and we have one final set of spy photos with the vehicle to share with you. It comes courtesy of our friend Walter Vayr and depicts the Grecale in final production form with basically no camouflage.

This prototype was caught somewhere in Italy and was wearing a graphic that teases what we should expect from the new model. In fact, this livery is identical to the teaser images Maserati released about a month ago. The graphic hints at the displays in the interior, the boot size, the powertrain under the hood, and other details. 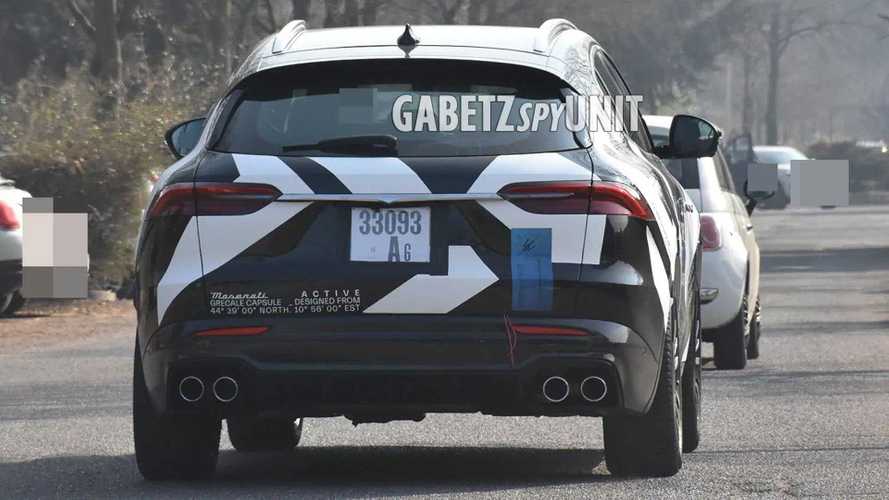 From previous spy photos, the interior will be dominated by a massive display on the center console. It looks to be at least 10 inches wide and is split into two sections. The upper one is likely where the infotainment functions will be displayed, while the lower one is likely for the climate settings, seat functions, and other features. The good news is there’s a small bank of physical buttons between the two sections, likely providing quick access to commonly used functions.

In terms of powertrains, the new Grecale will reportedly receive a 3.0-liter V6 engine for the Trofeo trim. This is the same powertrain found in the Maserati MC20 supercar where it produces 621 horsepower (374 kilowatts), though we expect fewer ponies under the hood of the performance crossover. Alternatively, there are also rumors about Maserati using an Alfa Romeo-sourced 2.9-liter V6 instead.

The more affordable versions of the Grecale are expected to borrow Alfa Romeo’s 2.0-liter four-cylinder engine with 280 hp (209 kW) and 306 pound-feet (415 Newton-meters) of torque. Later during the model’s lifecycle, a fully electric version will also be launched, though we don’t know any specific details for now.

Stay tuned for the full debut of the new Grecale scheduled for March 22.