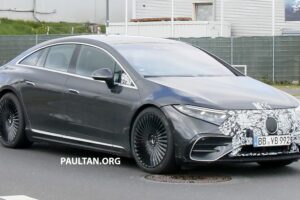 Mercedes-Benz has acquired British electric motor company Yasa, reports tech.eu, and the acquisition has been announced alongside the German automaker’s plan to go fully electric by the end of this decade.

The financial details of the acquisition were not disclosed, and there are no planned changes to staff or management, according to the Oxford-based firm; all 250 Yasa staff will continue to operate from its headquarters and production facility in Oxford and the innovation facility in Welshpool, Wales as a wholly-owned subsidiary of Mercedes-Benz with its own brand, team and facilities.

Yasa will supply electric drive motors to Mercedes-Benz for the automaker’s AMG.EA pure electric vehicle platform, while also being an innovation partner for the automaker on a broader group level in addition to continuing its own supply for its current supercar customers, said Yasa in a statement.

Axial-flux motors by Yasa are claimed to offer the highest efficiency and power density in the smallest size and weight classes; Yasa’s motor power density – expressed as kW per kg – has improved 15% year-on-year, says the firm, and this continues to rapidly improve as axial-flux technology has multiple avenues for optimisation, says Yasa. Its supercar-making client base includes Koenigsegg for the Regera, which employs a three-axial-flux motor configuration; one motor is installed on each rear wheel for direct electric drive, while the third motor in mounted on the engine’s crankshaft for torque fill and starter motor functionality.

According to Yasa, a core advantage of axial-flux motors is that its spinning rotor has a larger diameter because it rotates alongside the stator instead of inside it. As torque equal forces multiplied by radius, the axial-flus motor offers a larger radius which effectively yields greater torque from the same force applied. Additionally, the direct oil cooling solution employed by Yasa help achieve a higher continuous output of power, it says. A radial motor rated at 200 kW of peak power may typically produce 50% or peak power, or between 80 kW and 100 kW due to thermal (heat) limitations. By contrast, a Yasa motor rated at 200 kW can continuously run at 150 kW due to the improved high thermal contact cooling offered by the use of oil.

These axial-flux motors feature a proprietary yokeless and segmented armature, from which the company’s name Yasa was coined. These armature windings consist of separate segments which are suited to mass-manufacture with minimal application engineerings, the company says.

Yasa was founded in 2009 by Tim Woolmer and incorporated in 2009, and the company will be supplying electric drive motors to Mercedes-Benz, whom Yasa has been working with since 2019. A total of US$56.2 million (RM237.36 million) was raised over the course of eight funding rounds, with Parkwalk Advisors being the largest investor and shareholder in the company, writes tech.eu.

“This transaction shows how government and private finance can work together to create excellent outcomes. The core Yasa technology was developed by research at one of the world’s leading universities, funded by UK taxpayers,” said Alistair Kilgour, chief investment officer at Parkwalk Advisors.