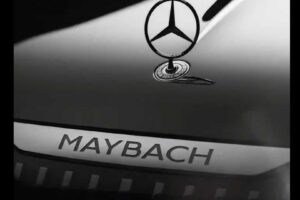 EQS, is that you?

Teaser videos and photos from Mercedes-Benz are all over the place right now. Early in the week, there was the AMG GT 63 S E Performance teaser, followed shortly by the car’s official debut. There’s a new EQE sedan teaser that just hit the internet, and there’s also Merc’s announcement of Will.I.Am being AMG’s ambassador for electric cars. It’s almost as if there’s a big auto show about to kick off in Germany or something.

There’s another Mercedes teaser worth mentioning, this time for Maybach. In a short video shared with its Twitter followers, Mercedes offers a few glimpses of a new ultra-luxurious Maybach model. The video also comes with a promise of new beginnings for Mercedes-Maybach. The grille we see in the teaser looks solid; combined with all the recent teasers and announcements from Mercedes involving electrified vehicles, it’s virtually guaranteed we’ll soon see an electric Maybach.

Taking it a step further, we’re likely getting a taste of the Maybach EQS SUV. In July, Mercedes said a Maybach version of the Mercedes EQS SUV was coming, and we were even given a glimpse of its backside clearly showing a Maybach badge on the rear pillar. Mercedes also said it would debut a Maybach concept at the IAA Munich Motor Show in September, along with a litany of other electric vehicles. The show is nearly upon us, with media day set for September 6 so we certainly don’t have long to wait.

It’s worth noting that previous reports talk about both a Maybach concept and a production vehicle. We wouldn’t be shocked if Mercedes waltzed into Munich with some surprises, so perhaps we could see multiple Maybachs highlighting the near future? In any case, expect at least one luxury machine to grace the stage in Munich next week.