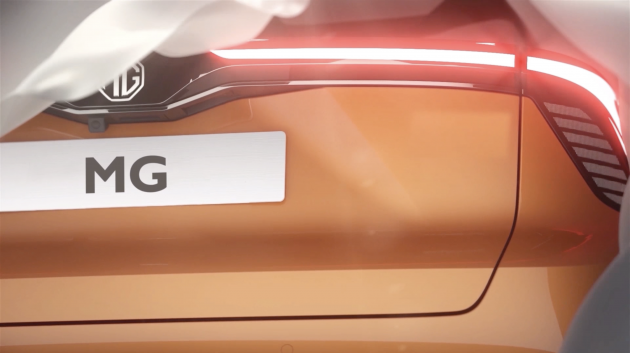 Initially a maker of basic and slightly uninspiring vehicles since its relaunch as a Chinese brand, MG has thrown itself wholeheartedly into the electric vehicle market with cars like the ZS EV SUV and the MG5/EP wagon. The company will soon enter the big leagues with a new zero-emissions hatchback that will take the fight to the Volkswagen ID.3.

Not much has been said about the car, with MG only confirming a reveal sometime in the fourth quarter of this year and that it was designed with European tastes in mind and will be 4,300 mm long. However, Autocar reported that hatch will be called the MG4, slotting above the now-discontinued MG3.

A teaser video hinted at a fairly sleek design with sculpted sides, contrasting black lower cladding and a full-width LED taillight bar with arrow-shaped ends. A renewed focus on style is timely, given that the MG4 is expected to form part of a youth-oriented Cyber lineup of EVs, topped in 2024 by the production version of the Cyberster concept.

Expect the MG4 to feature the same hardware underneath as the facelifted ZS EV and MG5, utilising a 156 hp/280 Nm electric motor and a 61.1 kWh lithium-ion battery to provide a WLTP-rated range of up to 400 km. These models also get a standard range variant with more power (177 hp) but less range (320 km via a 50.3 kWh battery).