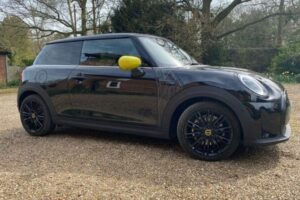 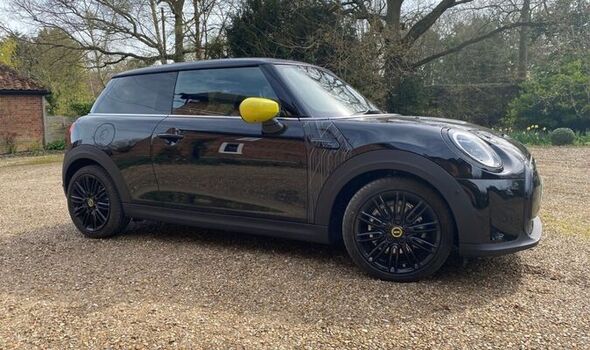 People like Minis. They always have and they always will. Like Cornflakes, cricket and queuing they’ve been an ever-present part of British culture for 60 years now and having driven an all-electric version of the tiny icon it’s likely they will be for another 60 years too.

To get the most common question about the electric MINI out of the way early on; no, it can’t go very far at all.

A comparatively small range in the real world of just 100 miles means that as soon as you get out onto a motorway you begin to sweat, panic and start looking for an excuse to turn around.

It helps to plan ahead and know where you’re going to stop and charge up, something I singularly failed to do, resulting in my feverishly driving around Chelmsford desperately asking confused McDonald’s drive-thru workers if they knew where I could “plug this thing in.”

Once you do locate somewhere and find a paper bag to breathe into, the little MINI will charge from zero percent battery to 100 percent in around 45 minutes, which is plenty of time to decide never to take it outside of city limits again.

The shame about this is that being on a major road in an electric MINI is a very pleasant thing to do.

The seats are well-bolstered and hold you in place, the ride is smooth and the steering responsive.

The big flashing circular display in the middle that owners love so much is present and correct and turns blue and red depending on whether you want the temperature hot or cold.

And it will happily sit at 70mph while you marvel at the enormity of passing lorries and how effortlessly they would obliterate you were they to suddenly blow over.

In fact the interior of the MINI is quite something – owners BMW have put all their knowhow into making sure everything feels premium and unshakeable and the top-level Shadow Edition which we drove has the feel of a decent luxury car.

The toys inside are great if you want to witness your friends make an ‘oooh’ sound while the heads-up display rises dramatically from the dashboard like Britney Spears at the start of a concert and it makes a good deal of futuristic ‘whooshing’ noises when you power it on.

The excellent MINI navigation is standard, as is Apple Carplay and a digital dashboard.

And the reverse camera is crystal clear, featuring helpful guiding lines to ensure you avoid the neighbours dog if you like it or don’t if you don’t.

The best thing about being in the electric MINI however is just that for anyone over a certain age, let’s say 40, the windscreen just has that truly iconic shape about it.

And that iconic shape makes you feel that when you’re driving it, you are actually in the Italian Job and that you should immediately put on a crash helmet and try to escape hapless police cars by driving down a lot of stone steps.

It’s inevitable; it doesn’t matter how many cool decals BMW splash over the car, or how many spaceship-style displays pop up from all angles, it’s still a MINI, and that means you want to wear a blue boiler suit and talk like Michael Caine while flinging it around Turin at terrified waiters.

For that, there are not many cars anywhere near as fun to do it in.

On A roads, B roads and country lanes it’s a joy, the steering wheel is chunky and soft and the response is immediate – the only issue I found is things get slightly (very) twitchy if you stamp your foot down to overtake and pull around something, it’s like the speed just overwhelms the wheels momentarily.

It’s also shockingly quick for such a small car – due to the electric insides the acceleration is instant and you will leave plenty of Golf R drivers choking on their popcorn chicken at traffic lights as you disappear into the distance while they fumble for the gearstick.

Zero-37mph is done in around three and a half seconds as you’re flattened against the seat saying things like ‘what’s happening’ while according to MINI, it will hit 60mph in 7.3 seconds. When I tested this, several times I might add, it was faster, more like 6.5 seconds.

Space however is, obviously, not this car’s forte. Only the skinniest-legged children will fit in the back and the boot won’t fit much more than a weekend bag. There is more room in the front boot, although I can’t attest to this having forgotten it was an electric car and put things on the back seat instead.

The Verdict: City cars don’t come much more stylish than the electric MINI. It may be pricey, although the lower trims represent excellent value starting at around £28,500 and it will hold its value very well. Apparently most drivers in the UK only do 20 miles a day on average, so range shouldn’t be an issue. Just don’t take it on a motorway unless you have nerves of steel and a lot of time to kill.