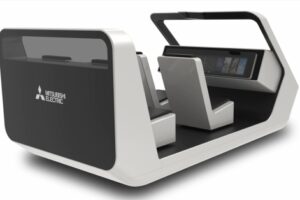 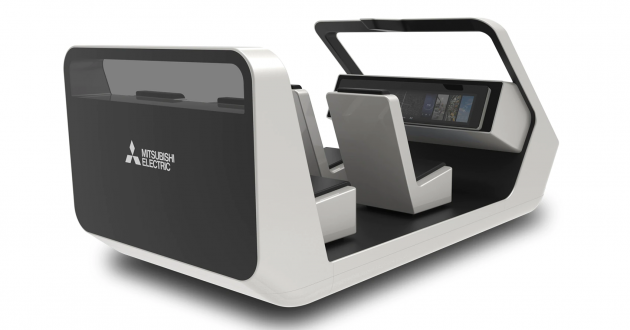 Mitsubishi Electric has presented a new concept car called the Emirai xS Drive, which previews the future advancement of driver monitoring systems. According to the company, the concept will be exhibited at the upcoming 2022 Consumer Electronics Show (CES) scheduled to take place in Las Vegas in January.

The Emirai xS Drive features a near-infrared cameras and radio-wave sensors that are capable of detecting driver drowsiness or sudden sickness based on facial expressions (closed eyes, open mouth, etc.) as well as other body information like pulse and respiration rates.

The system is also able to detect slight variations in skin tone due to changes in heartbeat, even with changes in the interior ambient light or vehicle vibrations. Should the signs not meet certain standards, the system will suggest that the driver stop to rest or even activate an automated emergency-parking function to prevent possible accidents.

These sensors are also used to detect the presence of other occupants, using the position of a passenger’s face and skeletal points of their upper body to accurately determine body size. Radio waves from sensors help to detect the presence of children in the near-infrared camera’s blind spots, like if they are wrapped in the blanket or down in the footwell. The system uses all information gathered to determine if a child is left behind in the vehicle to notify the driver.

The advanced drive monitoring system works with Mitsubishi Electric’s High-Definition Locator (HDL) to enable headlamp control, which adapts to the curve and slope of the road ahead. This system also references the driver’s direction of view, brightly illuminating areas where the driver is looking to support safer driving at night.

Further support is provided by the vehicle’s external cameras and millimetre-wave radar to issue warnings via 3D sound and road projection, which enables the driver to recognise potential hazards ahead as well as approaching vehicles from behind without having to look.

The need for better driver monitoring systems is necessary as cars gain more and more driver assistance systems, which, while advanced, still do not make cars fully autonomous and require the driver to pay attention to the road.