Moscow To Switch All Its Buses To Electric This Decade 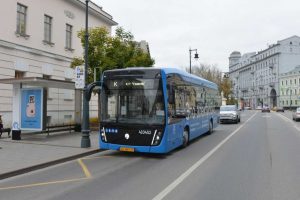 They already deployed about 600 and are adding hundreds more this year.

Mosgortrans, the company that runs the bus and tram network in Moscow, has already deployed roughly 600 battery-electric buses on 42 routes overall.

The rate of electrification is quite significant, as just a few months ago we heard about 500 units. The general plan is to replace all diesel vehicles with battery-electric buses by 2030 (2032 according to some sources).

Maksim Liksutov, the Deputy Mayor of Moscow for Transport said:

“Starting this year we are going to buy the e-buses only—we seek to make our city as clean and harmless for its citizens as we can. Obviously not only the rest of Russia but also the European countries try to attain to our level, since even now there are more e-buses in Moscow than in other European capitals. I am sure that we should be governed by the responsible attitude towards nature and our citizen’s health when making decisions on the city development.”

By the end of 2024, there should be more than 3,000 units and probably all of the vehicles will be locally produced by companies like Kamaz or GAZ.