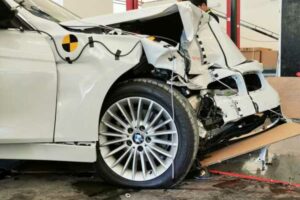 The Allianz Road Rangers (ARR) initiative by insurance company Allianz takes the overused “there for you” promise literally. It does that, in-person, all the way from the accident scene to delivering the repaired car back to you.

More than just the standard free towing service, ARR deploys its First Response Bike Brigade to accompany customers in an accident. The “bodyguard” will stay with the customer till the free official towing service arrives, warding off the all the independent tow truck touts a.k.a. callman in the process. This is vital, as your car falling into the wrong hands could spell trouble, and your post-accident frame of mind is probably not the best for negotiation or making a sound decision.

The bike brigadier’s job is done once he passes the customer and car to ARR’s tow truck, which is prominently branded (to avoid confusion) and free for customers. Once at the police station, a claims concierge will guide the customer through the process of lodging a police report. Once the procedure is complete, the insurer will provide the customer an e-hailing voucher for a ride home. ARR also promises fast claims approval and vehicle delivery to the customer’s preferred location once the repairs are complete. The latter draws a full circle of the insurer’s physical presence, from the accident scene to vehicle return. However, putting ourselves in an accident scenario, the most impactful ARR touchpoint has to be the first responder on the bike – that’s when one is most in need of someone on your side, as opposed to someone who sees a money-making opportunity.

Helpful as ARR is, Allianz Malaysia CEO Zakri Khir says that “we don’t do this for altruistic reasons” – this is a value added service that also protects Allianz’s own interests. Because, if an accident car falls into the wrong hands (literally), it’s likely that it will be part of the statistics in what Zakri calls a “billion-ringgit scam”.

According to Zakri, who was speaking at the Crash, Boom, Bang! Media Roundtable – Accidents, Motor Claims, and Debunking Myths media roundtable last week, insurance fraud is rampant in Malaysia and it costs insurers one billion ringgit a year. That’s a big chunk of the industry’s total motor claims of around RM10 billion. Allianz says that motor insurance is not profitable – payouts are actually higher than the premiums they collect – which means that it needs no extra motivation to plug the leakages.

Basically, if you get into an accident, your car will be repaired, and the insurance company foots the bill. But it’s never so straightforward, especially if the callman takes your car to “his workshop” or hawks it to the highest bidder.

As the person in possession of the golden egg, so to speak, the callman is set to receive a nice cut of the payout. Workshops are known to inflate the claims bill and do not always use the parts they claim they do. The banker in this scenario? The insurance company, of course. The customer is also on the losing end if the repairs are shoddy or the parts used are sub-standard.

Everyone sees an opportunity to monetise, and Zakri calls it “an ecosystem that breeds fraud and corruption”, using the medical example to draw a parallel. You know, the one where the doctor asks if you’re covered by insurance, and – if you are – does not hesitate to administer all kinds of tests and be liberal with billing? Same case here, if you swap the hospital for the workshop. “There are many parties that monetise motor claims to their own benefit under a cloud of lack of clarity and mystery surrounding the whole motor claims process that most customers are not wise to it. This gets magnified when customers do not know their rights as consumers – that your insurer is there to serve your needs, not the other way round,” said Zakri.

The Allianz chief names the callman (vultures who prey on accident vehicles, some owned by triads), workshops and the authorities (none of this happens without the authorities involved) as part of the ecosystem. Sometimes, even the customer plays a part in this (false claims), he says, lamenting that the media, FOMCA (Federation of Malaysian Consumers Associations) and politicians tend to paint the workshops as “the small guy” being discriminated by the big insurers.

Sean Wang, CEO of Allianz General Insurance, explains that reaching the accident site ASAP to “take control the site” is vital as in KL, “within minutes, five or six tow trucks will come and harass you, and these people will tell you that they represent everybody, every insurance company.” Once the callman gets the car, the “auction” process with the workshops starts. This is the part that the public doesn’t see, he says, and it’s also the reason why Allianz had to put in place a “mechanism of control”. Besides having first responders to secure the site and ward off the callman, Allianz also tightened control on the workshop part of the chain. Last year, the company moved to enforce transparency and improve its customer experience by revamping its panel of authorised repairers to consist of PIAM Approved Repairers Scheme (PARS) workshops, via e-tender.

The move to exert more control was met with resistance by workshop associations (there was even a boycott of Allianz customers in Penang), but the insurer pushed through and now has 195 panel workshops nationwide, 49 of those in the Klang Valley. This is to ensure better quality for the customer and reduced leakage for Allianz. The company is confident enough to offer a two-year warranty for accident repair work, including parts, which is an industry-first.

“We hold our workshops to high standards, and our requirements are firm – the best quality and the best service for our customers. So, should we receive a valid customer complaint regarding shoddy repair works or faulty repairs, we will issue a warning to the workshop. A second complaint will earn them a suspension, and a third time, we will have no choice but to remove them from the panel,” Sean added. Zakri admits that the reason various parties can monetise is because of the inefficiencies of the accidents claims process. Customers trusting the workshops and not trusting the insurer also breeds corruption.

“We knew we had to buck up to remove any element or opportunity for fraud and pay out genuine claims. Our customers must know that we will not partake nor condone any devious activity. The entire ARR journey from the accident assistance service to claims, vehicle repairs, and the selection of workshop repairers is our way of having a structured delivery of service that is visible to our customers,” he declared.

Allianz prides itself as the insurance brand that callman least prefer to deal with, because of its “hardline” and no compromise approach in fraud and corrupt practices. In short, Allianz makes it hard for money to leak out where it shouldn’t. “If we are more efficient we can save on this (fraud) and we can also bring down premiums, because the cost of claims is a direct reflection of what we charge our customers,” Zakri said. The insurance industry veteran says that the situation has improved in the past three years, and Allianz is now saving around 5% in fraud losses, but it’s a constant battle with “the network” because there’s a lot of money on the table. “We have to buck up to take out fraud, and pay the genuine claims, to keep our P&L in check,” he said, referring to the profits, or in the case of motor insurance, losses.

While it’s easy to just point fingers at politicians and the government, the fact is that the culture of corruption and kickbacks is deeply embedded in Malaysian society and business – throw a stone and it’ll probably land on the head of a hypocrite. As such, it’s difficult to go against the flow. Winding up the session, Zakri issued a passionate call to arms for other industry players to play their role in stopping corrupt practices.

“It is lonely fighting corruption by ourselves, and if we are serious about making real change, then we cannot do it alone. We have to find ways to deal with inefficiencies in dealing with fraud. Allianz Road Rangers and the revamping of our panel workshops was our investment in bringing about meaningful change. So I hope other industry players will take this as a rallying call and to join us in this fight,” he exhorted.

“We are sick and tired of fraud and corruption in this country. We must make a stand, fraud must stop.”