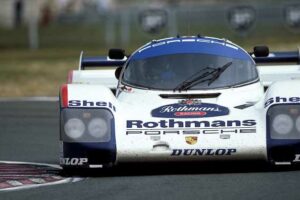 Don’t worry, you don’t need to be some sort of Le Mans super fan to enjoy the 89th running of the famed 24-hour endurance race. If you enjoy racing, strategy, cars, or are just looking for something to have something exciting and interesting on in the background while you go about your day (and night, then day again), then the 24 Hours of Le Mans has something to offer you.

That said, you may find yourself so caught up in the action that you need to know more about the race and its history. Good news! We’ve got you covered by answering the questions you have.

Want to watch the 2021 Le Mans race, but don’t currently have access to the MotorTrend App? Then be sure to sign up and sign in and you’ll get all of the action, including qualifying on Thursday, August 19, live race coverage beginning at 7:00 a.m. ET (4:00 a.m. PT) on August 21, and the checkered flag after 24 hours of on-track battle. In addition, fans will be able to view special content prior to and during the Le Mans weekend—part of a vast array of more than 3,300 hours of content available on the MotorTrend App.

Whoa. I drove 10 hours on the highway and that sucked after like two hours. How does anyone drive 24 straight hours?

A team of three drivers competes in each car. They each drive anywhere from about 45 minutes to four hours at a time, depending on the team. When the cars stop for fuel and tires (about every 45 to 50 minutes) the teams sometimes change out the drivers. A driver change includes belting the driver in and plugging in a few things. Depending on the car, they may also swap out the seat for a taller or shorter pilot. That process takes about as long to complete as the fueling and tires.

Is “Le Mans” just French for “the men” or something? What’s the deal with the name?

The famous Mulsanne Straight was once a very-long straightaway that connected the towns of Le Mans (roughly Pitlane to Turn 6, above) and Mulsanne (Turn 9). That straight now has two chicanes (Turns 7 and 8) to keep top speeds down.

What’s the fastest a driver has lapped Le Mans?

The quickest lap around the track was recorded during qualifying by Kamui Kobayashi in 2017 from behind the wheel of the Toyota TS050 Hybrid. Kobayashi managed to circle the famed street circuit in just under 3 minutes and 15 seconds at an average speed of almost 157 mph.

What’s the fastest speed ever achieved at Le Mans?

Roger Dorchy holds the fastest speed at the track when he hit nearly 252 mph in a WM P88 in 1988. Alas, the chicanes since added to the Mulsanne Straight mean today’s drivers have little hope of beating Dorchy’s record.

How many miles is a single lap of Le Mans?

What are the most miles driven during the 24 Hours of Le Mans?

The winning car at the 2010 race, an Audi R15 TDI Plus, traveled more than 3,360 miles over the course of 24 hours. Romain Dumas, Timo Bernhard, and Mike Rockenfeller all took turns behind the diesel-drinking race car’s wheel.

Who has the most wins at Le Mans?

Tom Kristensen is the winningest driver with a total of nine victories, the first of which he nabbed in 1997 and the last of which was in 2013.

Which car brand has the most wins at Le Mans?

Porsche‘s 19 wins make it the most successful automaker to race at Le Mans. The next best brand, Audi, holds 13 wins under its belt.

Which car brand has the most back-to-back wins are Le Mans?

While many brands have taken the gold medal at Le Mans in consecutive years, only one has managed to do it nine times in a row: Porsche. The German automaker took the checkered flag at the race each year from 1979 to 1987.

How close was the closest finish at Le Mans?

At the 1966 race, a pair of Ford GT40s managed to cross the finish line with less than 66 feet separating the two cars. Admittedly, Ford realized how far its cars were ahead of the competition and the team made the in-race decision to arrange this finish.

What was the largest gap between the first- and second-place finishers at Le Mans?

The winning Bentley at the 1927 race crossed the finish line with a nearly 220-mile lead over the second-place Salmson.

What’s the deal with these different “classes” of cars, though?

One of the draws of Le Mans—and endurance racing in general—has always been the ability to compete against cars of relative speed. The race has featured multi-class racing where you compete against cars of similar spec. You may not necessarily be racing the car next to you on track, in other words. Four cars compete at Le Mans and in the related World Endurance Championship.

So what’s the difference between these classes?

Hypercar – The quickest cars in the race, formerly known as LMP1. These are designed to showcase the best technology and performance a racing team can manage (within the rules, of course). An interesting twist in the Hypercar class is that two of the three teams competing (Alpine and Glickenhaus) will be first-time participants looking to take down the defending champion Toyota and its formidable Toyota Gazoo Racing team.

LMP2 – These cars look similar to LMP1 cars. However, all of the vehicles in this class are based on one of four approved chassis (most teams this year are running an Oreca 07-Gibson setup) and run a spec V-8 engine with around 600 horsepower.

LMGTE-Pro – You’ll recognize GTE cars from their road-going counterparts, such as the Ferrari 488 and Aston Martin Vantage. GTE Pro teams and drivers frequently work under the goal of winning Le Mans for their respective manufacturer or team owner.

LMGTE-Am – With a nod toward privateers, the GTE Am class affords amateur drivers (i.e. individuals who don’t race cars for a living) the opportunity to compete at Le Mans in a GTE car.

The drivers are managing fuel, tire wear, and traffic while still pushing the cars hard. That means, at least in the Hypercar class, driving more distance than an F1 race every two hours while passing several hundred times on slower cars. The intensity can be incredible and the lead will seldom be more than a minute or two at any given point in any of the classes.

Toyota Gazoo Racing took home the overall title for the third year in a row in 2020 with its TS050 Hybrid racer.

How do I watch the race?

MotorTrend is the EXCLUSIVE SPOT IN THE U.S. where viewers will be able to see all of the 24 Hours of Le Mans. Sign up and you’ll get all of the action, including qualifying on Thursday, August 19, live race coverage beginning at 7:00 a.m. ET (4:00 a.m. PT) on Sept. 19, and the checkered flag after 24 hours of on-track battle. In addition, fans will be able to view special content prior to and during the Le Mans weekend—part of a vast array of content available on the MotorTrend App.