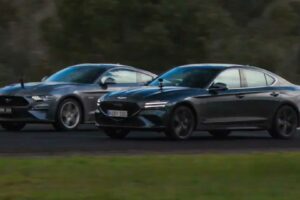 Now is not the best time to buy a new car, but even if you were in the market for something new, it’s unlikely you’re cross-shopping the Ford Mustang GT and the Genesis G70. They’re complete opposites in their target customers, but how do those differences shake out on the race track? A new Motor YouTube channel video attempts to find, pitting the two cars against each other in a series of drag races.

While the Genesis has two more doors than the Mustang, both models send power solely to the rear wheels. Powering the Mustang is Ford’s naturally aspirated 5.0-liter V8 that produces 455 horsepower (339 kilowatts) and 556 pound-feet (410 Newton-meters) of torque. That’s more than the G70’s 367 hp (273 kW) and 376 lb-ft (510 Nm) of torque produced from its 3.3-liter turbocharged V6. The Mustang also has better tires – Michelin Pilot Sport 4Ss compared to the G70’s Michelin Pilot Sport 4s. 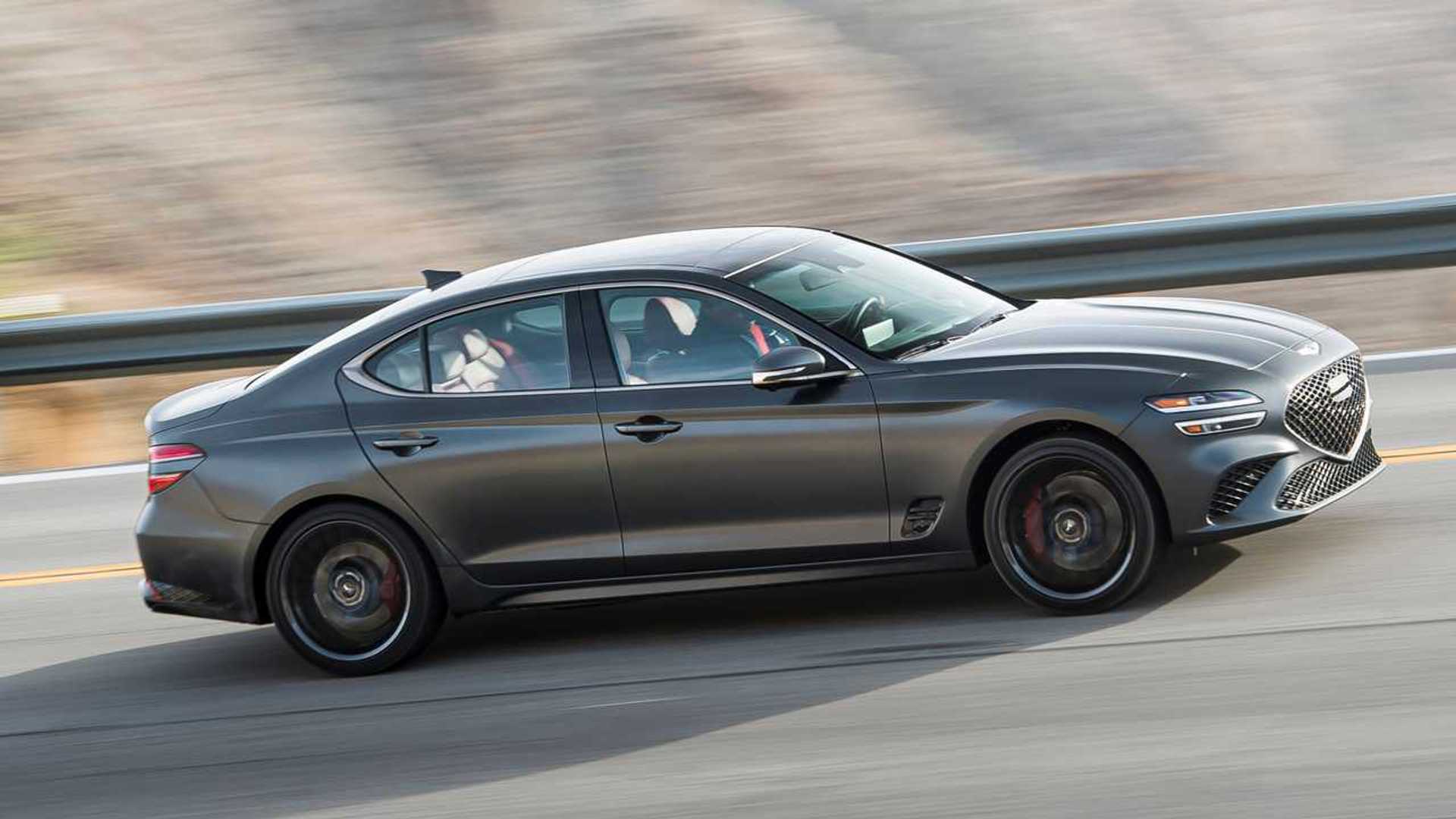 The first race required a do-over because the Mustang missed a shift and lost to the Genesis. However, the second race, which had Launch Control engaged, had the Mustang winning by a car length, completing the quarter-mile in 13.1 seconds. The Genesis did it in 13.3. The Genesis closed that gap during the street race, where both cars were set to their comfiest settings and the gearboxes left in automatic mode. The Genesis ran the race in 13.2 seconds, beating the Mustang’s slower 13.6-second time.

The last race began with a rolling start, and while the two were neck-to-neck for most of the race, the Ford eked out another win. The G70’s V6 was no match for the Mustang’s beefy V8 and its extra power. However, the race does show how close the two cars are. There’s no wide performance gap between the two, even though the Genesis is down two cylinders and nearly 90 hp.