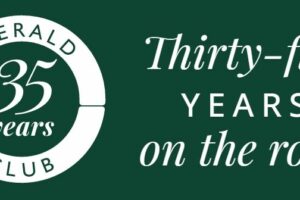 National has been offering loyalty tier extensions throughout the pandemic, most recently extending the Emerald Club’s elite tiers and free days.

National Car Rental celebrates the 35th anniversary of its Emerald Club loyalty program. Launched on St. Patrick’s Day in 1987, Emerald Club was one of the first frequent-rental programs in the industry. Today, the Emerald Club has 8.2 million members.

To mark the 35th anniversary milestone, National has launched a new webpage that celebrates the loyalty program’s key milestones and highlights top cultural moments during the years in which the milestones occurred. Additionally, National is unveiling a new Emerald Club logo, which will appear in customer communications and on the website throughout the year.