The first Need for Speed: Heat update of 2020 is here. With it comes new features, quality of life updates, and bug fixes. Without further ado, let’s take a closer look at what the update brings to the table when it is released at 09:00 GMT on January 28.

Without question, the star of the update would have to be the addition of steering wheel support. As of today’s update, players can plug in their wheels for added immersion and to be more in tune with the driven vehicle. As of the update, the NFS team have tested the following wheels though others are likely to work as well:

The team advises PC players to install Logitech G Hub software, regardless of the manufacturer or model. Console players are advised to have the wheel connected before starting the game. Once at the title screen, press the appropriate button — X on PlayStation, A on Xbox — to enable steering wheel play, and you’re good to go. 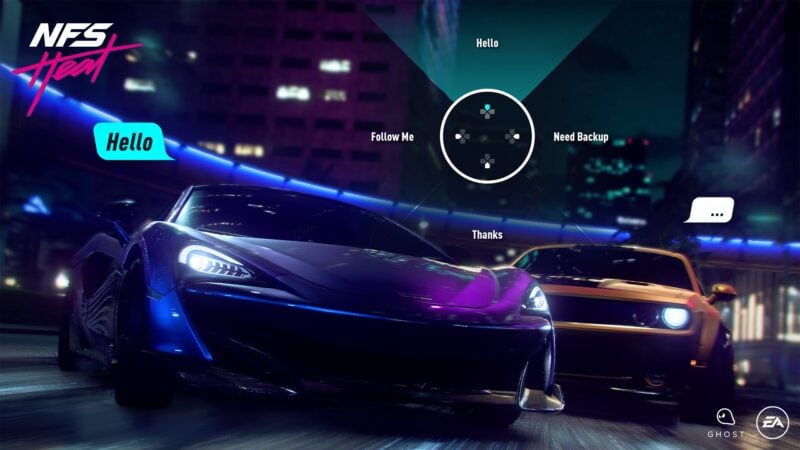 Also featured in the update is the all-new “chat wheel”. Players can now send pre-made messages to crew members and rivals while in-game. If you’re familiar with Forza Horizon 4, you already have an idea of how this feature works. Ask fellow racers to follow you around, challenge them to a race, or even compliment their driving skills with the touch of a button.

There’s also Keys to the Map, a paid purchase, that instantly reveals locations on the map, whether it be collectibles, activities, and gas stations. This options steers itself toward those with less time on their hands and just want to get on with having in the game without exploring every corner and alleyway. The purchase also grants immediate access to all safehouses in the game, except one that’s unlocked through story progression.

There’s even more included in the update, including the exhausting list of bug fixes. For more, take a look at the full patch notes here in our forums.