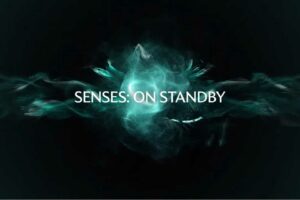 A short, four-second teaser video from Aston Martin has us scratching our heads. The clip reveals nothing about the company’s announcement, but the adjoined social media post suggests it’s possibly related to the race track.

The post reads, “Heartbeat, let’s race. A new definition of Aston Martin arrives soon.” The video features a green, pulsating mass thumping like a heartbeat behind the words “Senses: On Standby.” Both are vague and hint at a range of possibilities. Aston posted the clip to its Facebook and Twitter accounts and featured it on its consumer site’s homepage.

The clip has us thinking that Aston has a track-dedicated race car or a hard-core, track-focused road car in development. However, without something more specific from the automaker, we will just have to wait until Aston’s official announcement.

Aston’s current lineup includes the DB11, the DBS, the DBX, and the Vantage. Aston continues development on the Valhalla, with the production model scheduled to arrive in 2024. The car is far from a secret, so it’s doubtful Aston has anything substantial to share at the moment, but we’d like to be surprised. Aston also has plans to launch a new Vanquish in 2025.

Aston’s cryptic teaser arrives just days after the company’s executive chairman, Lawrence Stroll, secured new investment from Saudi Arabia’s sovereign wealth fund. Stroll called it “a game-changing event for Aston Martin.” The new money will help the automaker as it prepares to tackle electrification alongside the rest of the industry. The Valhalla will be part of that strategy, which will arrive as a plug-in hybrid. An EV will follow.

We don’t know when Aston will show us the company’s “new definition,” but we’re excited to see what it entails. The company has faced financial hurdles over the last few years, but the new investment and a new CEO puts the company on firmer ground to face the uncertainties of the changing automotive landscape.