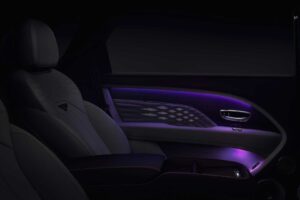 Bentley will add a new model to its lineup next week. The luxury automaker teased it for the first time late last month, and Bentley is back with another preview. This one shows off a bit more of what’s to come, revealing a plush pair of seats and a fancy purple door panel. 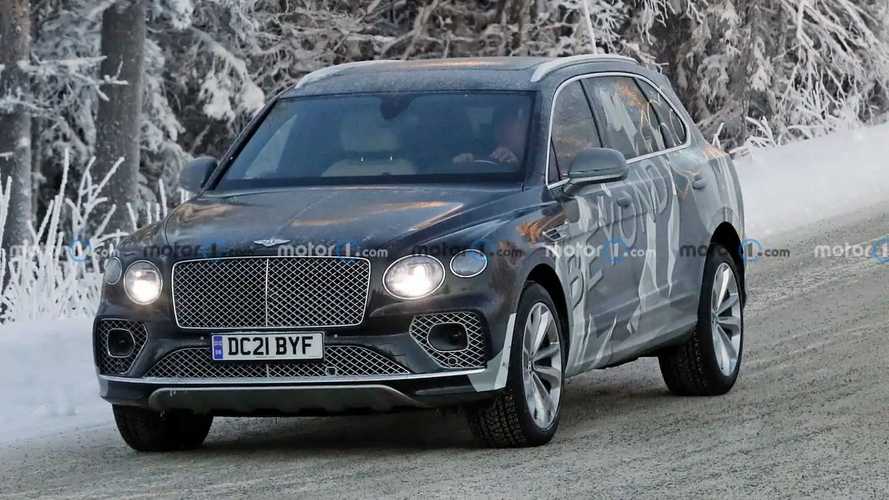 The new teaser image also reveals more of Bentley’s Diamond Illumination, which features lights that emit through small, one-millimeter-diameter perforations in the door trim. Bentley uses 12 LEDs for the front doors and 22 LEDs for the rear, reimagining the company’s Diamond Quilting style. Bentley’s first teaser showed off the brand’s illuminated diamond pattern, but it didn’t reveal much else.

We don’t know what model Bentley is prepping, but it looks like it will take the brand’s luxury features to a new level. Interior fit-and-finish and endless customization are hallmarks of Bentley’s brand, and the new model will continue that tradition.

Bentley says that this will be its fifth model to launch. However, we haven’t spotted any new test vehicles. The last Bentley we caught was a Bentayga prototype cold-weather testing, and there are some similarities between the door panels in the teaser and the SUV’s. Whatever the new model is, it sounds like it’ll be luxurious and will sit at the top of the Bentley lineup when it debuts.

We don’t know what Bentley will reveal, but we don’t have long to wait. The automaker will unveil its new model on May 10. The latest addition should only help Bentley grow as the brand clinched a record-setting sales year in 2021, delivering 14,659 vehicles.