New Honda Civic Type R to remain pure ICE-powered – will it be the ultimate high-performance model, ever? – paultan.org 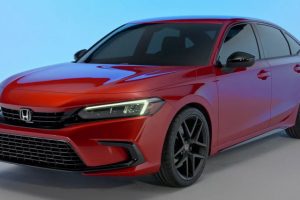 With more governments joining the green fuels crusade, many major automakers are forced to expedite the gradual demise of their conventional petrol- and diesel-powered vehicles. It’s a race against time in places such as the UK, Europe and Japan, because come the next decade, most new cars will be pure electric.

With the landscape changing this quickly, it’s almost guaranteed that we’ll be seeing an array of “final edition models” to mark the end of a long, illustrious chapter of the internal combustion engine. Ranking among the legends is the Honda Civic Type R, and according to an Autocar report, the next-generation model will retain a high-output turbo petrol engine without any form of electrification.

The next-generation Honda Civic Type R is due to arrive in the UK sometime next year, likely within the first half. It’s expected to remain as a five-door hatch, seeing as the particular body style is vastly more popular than the sedan in Western Europe.

Design-wise, reports suggest that the new CTR is going to be similarly wild, and it’s unlikely to be toned down too much from the FK8 model. There could be a wingless variant as seen with the current Civic Type R Sport Line. A spyshot of the upcoming Honda Civic Hatchback

Honda said the new Civic will offer better quality improvements plus a more mature look and feel. These are evidenced by the sedan’s more subdued styling. Honda bosses have also admitted to the publication, stating that its infotainment technology is behind the competition. This is expected to be rectified with the upcoming model.

For powertrain, the Civic is rumoured to get a reworked version of the current K20C1 2.0 litre direct injection turbo engine, possibly improving on turbocharger response and torque delivery. Overall output may not be substantially greater than the current 320 PS, but seeing as the CTR will remain front-wheel driven, it doesn’t quite make sense to ask for a fat bump in power.

The hot hatch is also expected to retain the dual-axis strut front suspension, plus an advanced limited-slip differential to manage all that torque. The rear will use a multi-link setup, and all four corners are likely to get adaptive dampers, too.