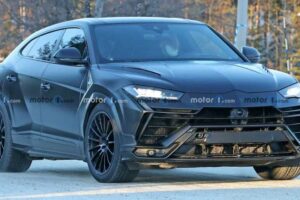 It’s no secret that Lamborghini is giving its Urus a mid-cycle makeover. Countless spy shots have revealed the crossover’s tweaked design, which doesn’t deviate far from the current model’s styling. However, the updated Urus could spawn an even hotter variant beyond the new design, which our spy photographers have allegedly caught out testing in the snow.

The current powertrain, a twin-turbocharged 4.4-liter V8, should continue to power the facelifted model if previous rumors prove correct. However, Lamborghini could tweak the engine to make a tad more power, which currently sits at a punchy 641 horsepower (479 kilowatts) and 628 pound-feet (848 Newton-meters) of torque. If Lamborghini is preparing a hotter Urus variant, then the crossover could make as much as 700 hp (514 kW). 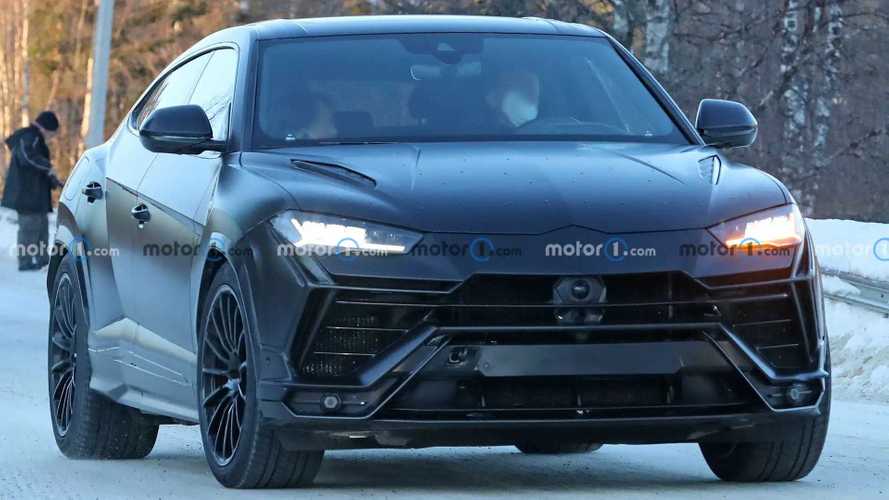 There are also rumors that the Urus will also adopt a plug-in hybrid powertrain. Lamborghini plans to electrify every model in its lineup to some degree, and that includes the Urus. The company wants to complete that process by 2024. If the rumors are true, then the Urus plug-in hybrid could make as much as 820 hp (603 kW). That would make it the ultimate Urus iteration.

Details about this hotter variant remain elusive, but our spy photographers believe it might be called the Performante or the Tecnica, and it could debut sometime later this year. The Urus is already getting a new face that looks more aggressive and functional than the outgoing front fascia.

However, this example doesn’t look different from the crossovers caught in earlier spy shots. We’ve seen the aggressive face and hood vents before. The Urus’ styling is not changing by much at the front or the rear, though the update should keep it competitive. We have yet to spy the crossover’s interior, but we’re not expecting Lamborghini to change much.

Lamborghini could reveal the updated Urus at Pebble Beach this August. We hope to see both variants break cover there, with the refreshed Urus likely going on sale for the 2023 model year. It makes sense for Lamborghini to offer a hotter Urus variant as the crossover colonies to be the brand’s best-selling model. In the first three months of this year, the company sold more Urus crossovers than it sold Countach supercars over the coupe’s 16-year production run.