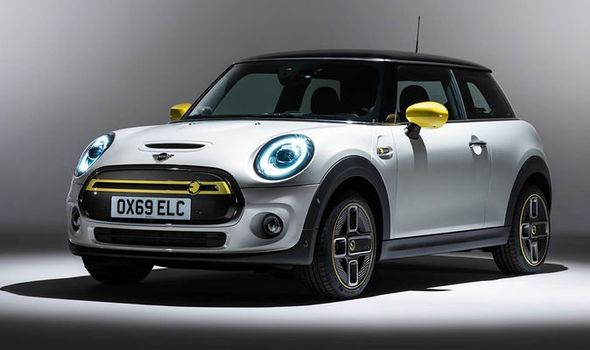 Mini has finally unveiled its all-new electric car the ‘Electric’ or ‘Cooper Electric’ in the UK. The Mini Electric will be produced at the carmaker’s Oxford plan and production is set to take place later in 2019 before first delivers in March 2020. Order books for the zero-emissions hatchback have opened now so you can purchase the car now. Prices for the car start from £24,400, after the government plug-in car grant has been applied. There are a number of different trim levels of the car with the entry level car starts from £24,400, while the mid-level style MINI Electric is available at £26,400 and the top of the range car starts at £30,400 OTR. 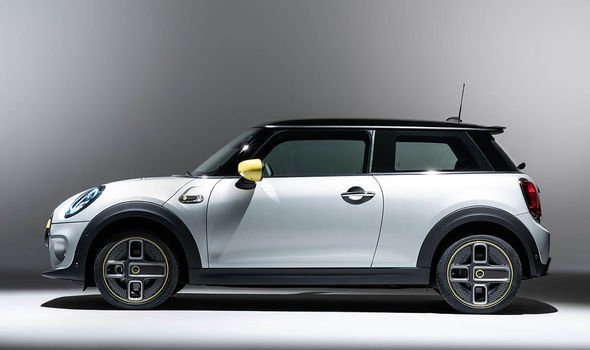 Mini has used the same body shell as the 3-Door Hatch, with a few key differences to the standard car. There is an embossed MINI Electric logo appears on car’s side scuttles, as well as on the tailgate and front radiator grille.

The logo on the grille sits on two yellow strips on a blocked out grille and there is also yellow wing mirrors and detailing accents across the exterior.

Its alloys are standout and are unlike any previously seen on a Mini cars and feature a plus (+) shape and at the rear the car has the Union Jack light signature seen on new Mini models.

Despite it being an electric car its luggage space hasn’t been compromised too much with 211-litres of boot space expandable to 731-litre when folded down. 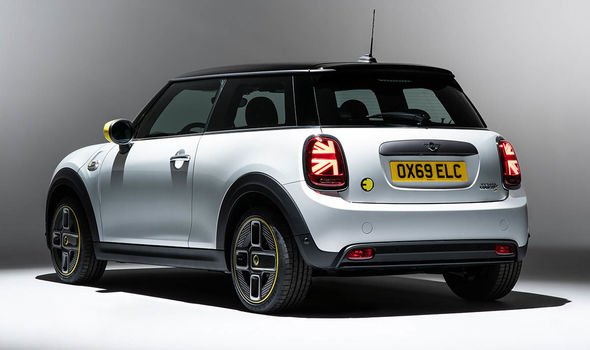 Powering the car is a 32.6kWh battery pack and an electric motor which has a maximum power output of 184 HP and maximum torque of 270 Nm.

This allows the car to sprint from 0-62mph in just 7.3 seconds with top speed limited to 93mph.

The car produces WLTP range of 124-miles on a charge, similar to the BMW i3 and other EVs in this price bracket.

At a 50kW DC fast-charging station an 80 per cent charge is reached from zero in 35 minutes. 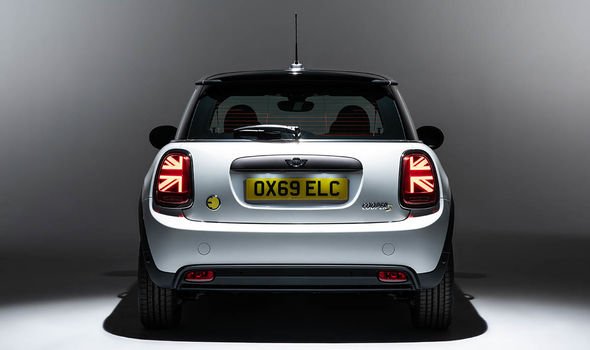 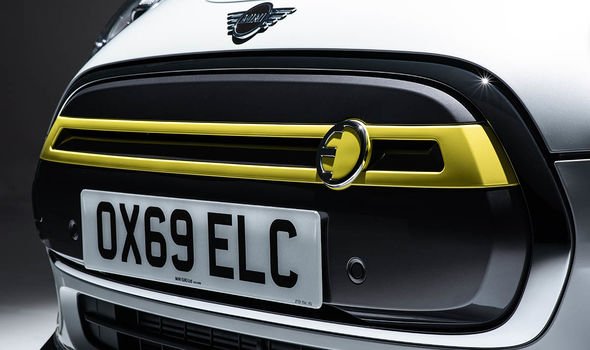 It also weighs only 145kgs more than the Mini Cooper S 3-Door with Automatic transmission, weigh a total 1,365 kilograms meaning its overall driving dynamics hopefully won’t be impacted too much.

The vehicle’s suspension has been designed due to the new electric powertrain to ensure that it has that ‘go-kart’ driving feeling of a Mini.

There are four Driving Modes – SPORT, MID, GREEN and GREEN+ – which can alter what features are available and how the car performs.

In addition to this, there is a two-level regenerative braking switch which offers either intense or low-level power regeneration.

Inside the car is a 5.5-inch colour screen behind the steering wheel offering clear digital information including the battery level and driver assistance information.