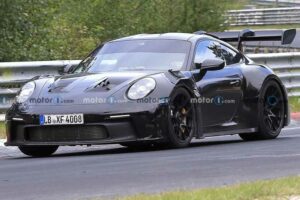 Before clicking play on the above video, heed this warning. If you’re fortunate enough to live near Germany’s Nürburgring, you’ll want to go there for hot laps after watching this clip. If you’re too far away, set aside some digital Nordschleife time on your favorite gaming platform. This nine-minute spy video showing the next-generation Porsche 911 GT3 RS is so good that you’ll be craving any kind of Green Hell interaction, digital or otherwise. 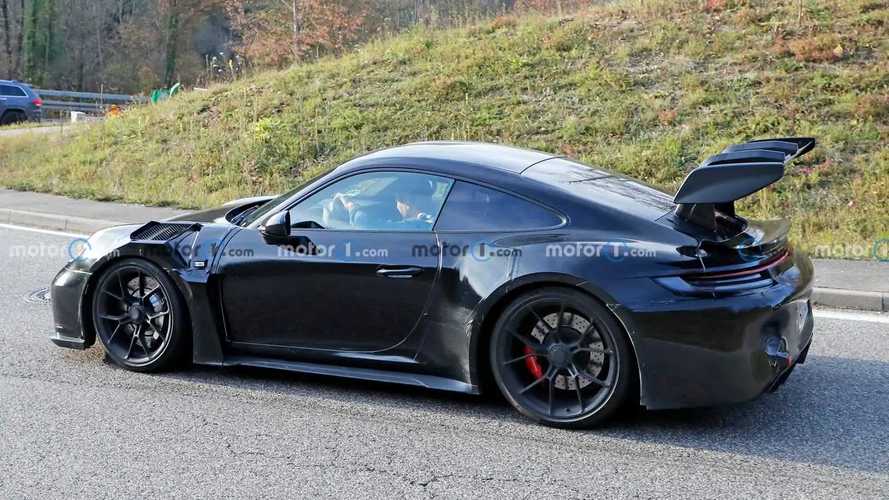 From that point forward, we’re treated to multiple GT3 RS prototypes leaping from corner to corner, exhaust notes occasionally mixing with tire scrub as the drivers go full attack at every opportunity. As you’d expect from a 911 with RS lineage, there’s no discernable body roll and it’s not for a lack of speed. Aside from a brief intermission at the 2:47 mark where we see a car exiting the track, this session is all about pushing these test cars to the limit.

What can we expect when the GT3 RS is finally revealed? The aerodynamic changes from the standard GT3 are fairly obvious, starting with the big rear wing that’s even bigger on the RS. The thin hood vents from the GT3 are also much larger here, and there’s no missing the fender vents that have become an RS staple. Roof strakes, brake cooling ducts, it all combines to make the GT3 RS an absolute monster on the track. The engine should have a bit more power as well, likely somewhere north of 520 horsepower.

With the GT3 having debuted over a year ago, we expect Porsche to reveal the GT3 RS anytime now.