New Volvo CEO Believes EVs Are The Future, There's No Other Way 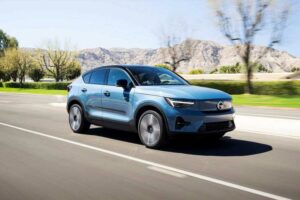 Volvo’s new CEO Jim Rowan, who’s the former CEO of Dyson, recently spoke with Managing Editor of Automotive News Europe, Douglas A. Bolduc. The “Meet the Boss” interview made it clear that Rowan is a firm advocate for electric cars. In fact, if he has it his way, the next-gen XC90 SUV, or its replacement, will garner Volvo recognition as a “very credible next-generation electrified car company.”

Automotive News writes that Volvo’s upcoming electric flagship will mark the beginning of a shift for the automaker to becoming a true electric-only automaker. According to Rowan, the shift to fully electric vehicles will pay off. Moreover, he believes that even though many automakers would rather take their time with the transition, Tesla has found huge success, so there’s no reason Volvo can’t follow suit.

Rowan shares that the biggest challenge will be making it clear that Volvo is a compelling electric-only automaker, and the electric flagship SUV that the company plans to reveal soon is one of the primary keys to making that happen.

Volvo plans to only produce electric cars and SUVs by 2030. However, in order to get to that point, it has set a goal of 2025 as the halfway point. This means a whole lot needs to happen over the next few years since Volvo still makes mostly gas-powered vehicles. It happens to offer plenty of plug-in hybrid electric vehicles (PHEVs), but its electric-only efforts have been limited.

Rowan is confident Volvo can achieve its goals, though he’s clear that every single decision the company makes from this point forward needs to be made with the goals constantly in mind. All hiring and all investments must point toward the automaker’s electric-only mission.

Despite rival brands like Mercedes insisting that the US isn’t going to be ready for a fully electric future as soon as 2030, Rowan sees numerous signs pointing to the opposite. He references support for EVs at the government level and reiterates that Tesla has proven this is possible.

As for Europe, there’s no doubt about the strong and increasing demand for battery electric vehicles (BEVs), and many automakers have already been taking advantage of this for years. Rowan sees the transition in Europe and the recent growth of the EV segment in the US, as clear indications that a global transition is already underway.

The new CEO adds that this isn’t just about people wanting an EV to save the environment. Rather, there is an expectation with any new technology that it will improve and make people’s lives easier. He sees it more as the next generation of automobiles than simply electric cars for the sake of being electric cars. Rowan shared:

“When people talk about electrification, it really is the tip of the iceberg. Yes, consumers that buy an electric car are looking to be more environmentally friendly, but they also expect to get that extra level of connectivity, an upgraded infotainment system and an overall package that offers more modern features and functionality.”

Rowan goes on to say that for Volvo to find true success with EVs, it can’t just produce cars that are stylish and have plenty of range, along with good safety and reliability ratings. Instead, the brand needs to find those “little Easter eggs” and create a “Wow” factor around its future products.

The Volvo CEO also talks about the current chip shortage. He says since different automakers use different chips and different suppliers, it’s hard to forecast how it will all play out. However, supply chain concerns have become a constant battle for automakers, especially amid the COVID-19 pandemic and Russia’s invasion of Ukraine.

To check out the entire interview, follow the source link below. Once you’ve read through it, leave us your takeaways in our comment section.