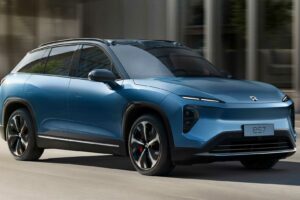 NIO reports that its overall electric vehicle delivers in September amounted to 10,878, which is just over 2% more than a year ago.

A limited rate of growth is kind of a surprise, considering that the company introduced three new BEV models this year.

The overwhelming majority of NIO sales are in China, although in late 2021, the company started sales also in Norway (ES8 model).

So far this year, NIO globally sold over 82,000 electric cars: