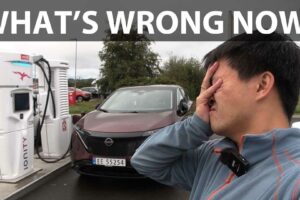 The front-wheel-drive Nissan Ariya with a 91 kWh battery (87 kWh usable) is the latest electric car tested in Bjørn Nyland’s 1,000 km challenge in Norway.

This model was recently range tested and it’s very interesting to see whether it will be significantly better than the previously tested Nissan Ariya with a 66 kWh battery (63 kWh usable).

An almost 38% higher battery capacity suggests that the long-distance travel capabilities, related to the combination of range, efficiency, and fast charging, should be better. However, according to the video, the difference between the two battery versions is marginal – about 15 minutes (or a few percent of the time).

The car was charged a total of six times along the way (5-6 is a typical number of stops for the challenge). After the initial 256 km (159 miles), the average distance between charging stops was 124 km (77 miles).

The 1,000 km challenge is a unique test (optimized for time rather than convenience), which expands our empirical knowledge about EVs and gives us glimpses of what is physically possible by an experienced driver in a country with dense DC fast charging infrastructure.

The weather conditions were very similar, while the average energy consumption of the Nissan Ariya (FWD, 91 kWh) was only slightly higher – at 285 Wh/km (459 Wh/mile). One might wonder why the difference is so small then.

Well, the issue is that the bigger battery does not appear to charge faster than the smaller one (or not much faster at least). The initial range is slightly higher (by almost one-third), but then the Nissan Ariya (FWD, 91 kWh) usually charges at 115 kW for several minutes before decreasing to 90 kW. That’s roughly a 1C level, so not particularly fast.

Maybe Nissan will improve the charging rate in the future, through some software updates, but as of this particular test, the limits set by the manufacturer seem to be very conservative. This also indicates why the Nissan Ariya is 15-30 minutes behind the MEB-based crossover/SUVs (Volkswagen ID.4/Skoda Enyaq iV). 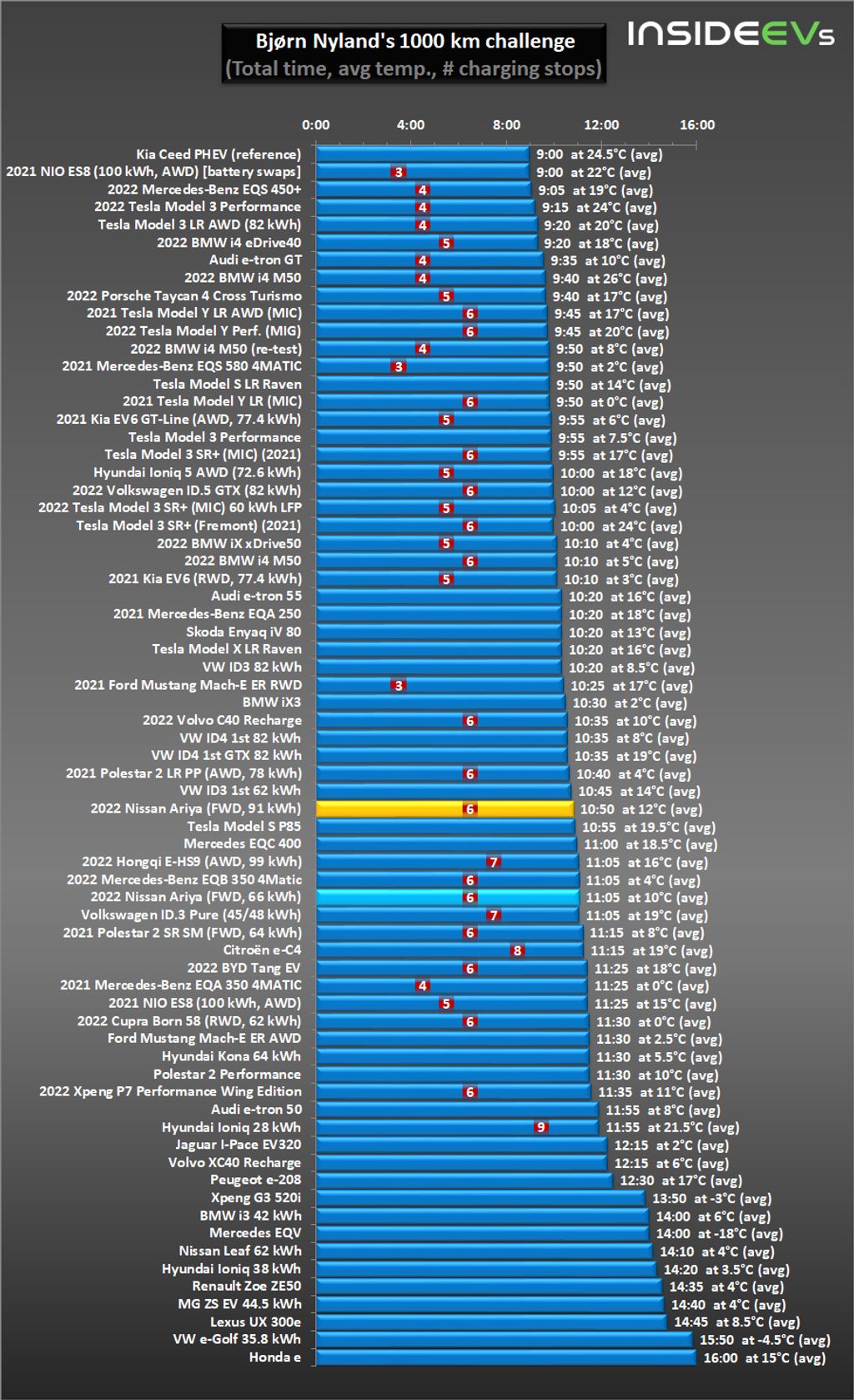 Test conditions (according to Bjørn Nyland):