Japanese automaker Nissan has officially discontinued the Datsun budget auto brand in Indonesia. The company has closed production of all Nissan and Datsun cars in the South East Asian country and will continue sales of Datsun vehicles till existing stocks are cleared with the dealers. The automaker sold the Datsun GO, GO+ and Go Cross models in the country, and the decision comes after the entry-level brand failed to live up to expectations. The move is part of Nissan’s global restructuring that will see the automaker retire of several of its low-selling nameplates and cut capacity by 10 per cent, resulting in job losses of 12,500 people across the globe.

Nissan operated two manufacturing facilities in Indonesia that have been closed. This includes the Karawang that built Nissan branded vehicles and was shut down in September last year, while the Purwakarta facility produced Datsun cars was closed completely in January this year. Nevertheless, the automaker will continue with its operations in the country and will continue to retail several of its cars including the X-Trail and Serena that are imported from Japan, as well as the Navara pick-up and Terra SUV that are imported from Thailand. The company also retails the Nissan Livina MPV that is manufactured at Alliance partner Mitsubishi’s Indonesian facility. The company also plans to introduce the Kicks SUV in Indonesia soon that will be imported from Thailand. 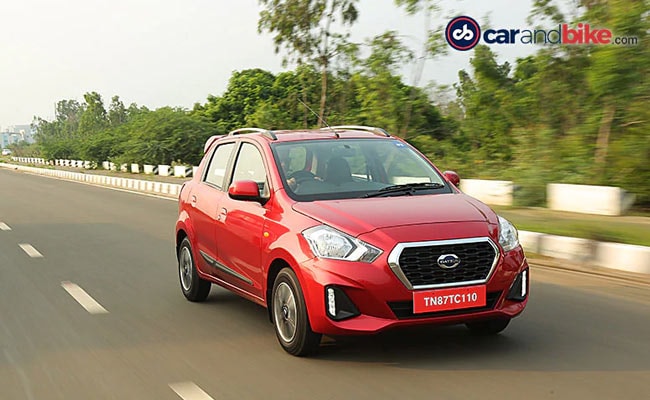 The Datsun brand sold about 7000 cars in 2019 in Indonesia and that’s far from the sales figure Nissan originally anticipated. In fact, the Datsun brand has been turned into a low-volume seller for the brand globally despite being having products for the masses at attractive prices for markets like India, Russia, Africa and parts South East Asia. However, as part of a global restructuring exercise in 2019, Nissan did confirm that the Datsun brand will be phased out globally by 2022.

In India too, the Nissan Go and GO+ were the first models from the brand that failed to take-off against offerings from Maruti Suzuki, Tata and Hyundai. The company did taste some success with the Datsun redi-GO that was launched in 2016, but’s French cousin – the Renault Kwid has overall faired better in the segment. Between April 2019 and February 2020, Nissan India sold a total of about 12,950 cars under the Datsun brand in the domestic market, according to the data shared by SIAM.