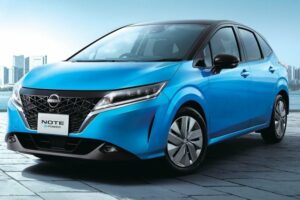 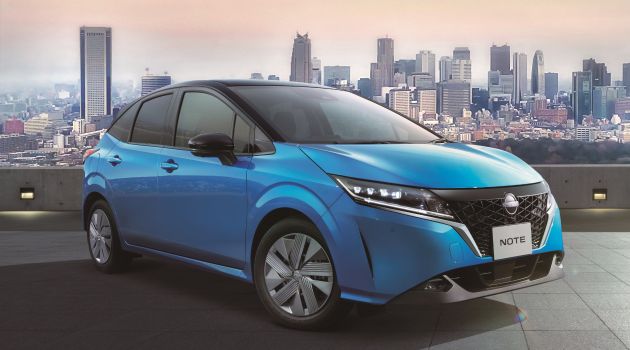 The Nissan Note e-Power has been named as the 2021-2022 Japan Car of the Year. The win by the third-generation Note, which is also sold domestically as the Note Aura, Note Aura Nismo and Note Autech Crossover, makes it the fifth COTY title for the automaker, and comes 10 years after the first-gen Leaf’s win in 2011.

A total of 60 jurors spent a day driving the 10 finalists – which was whittled down from a provisional list of 29 nominees – at the Sodegaura Forest Raceway near Tokyo, and when voting finished, the Note e-Power series secured victory with 335 points, edging out the Toyota GR86/Subaru BRZ pair, which received 264 points. Third place went to the new Honda HR-V (Vezel), which obtained 227 points.

According to the COTY steering committee, reasons for the Note e-Power’s win stemmed from the car’s award-winning hybrid powertrain, excellent fuel economy and handling, keen pricing and stylish design.

The Mitsubishi Outlander PHEV came in fourth with 206 points, while fifth place went to the Volkswagen Golf Mk8 (168 points), which was named as the Import Car of the Year 2021-2022. As for the rest of the field, the Toyota Mirai ended up with 104 points for sixth place, the C8 Chevrolet Corvette finished seventh with 81 points, followed by the W206 Mercedes-Benz C-Class (51 points), Toyota Land Cruiser (45 points) and the BMW 4 Series (19 points).

In the special awards categories, the BMW 4 Series was awarded the Design of the Year trophy, while the right-hand drive Corvette took home the Performance award. Meanwhile, the Outlander PHEV picked up the Technology of the Year trophy and the Honda N-One was named as the winner in this year’s kei car (660cc) category. Last year’s COTY winner was the Subaru Levorg.