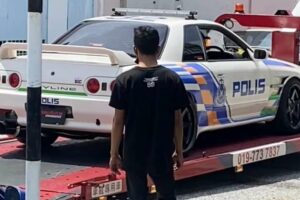 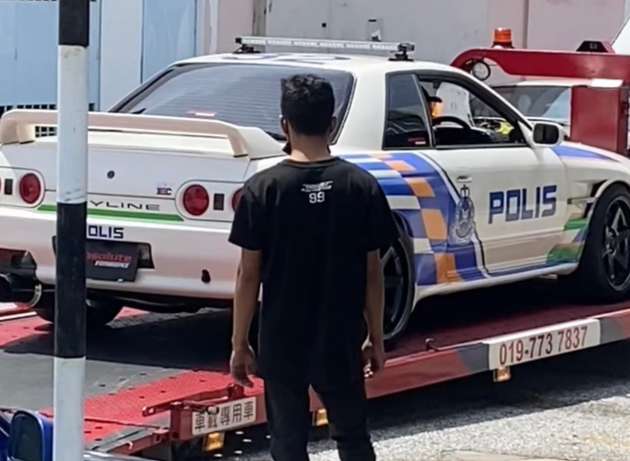 A man has been detained by Malaysian police for modifying a Nissan Skyline R32 to resemble a police patrol car. The car was previously on exhibit at the 2022 Art of Speed custom car and bike show at MAEPS Serdang, on the weekend.

According to District police chief Assistant Commissioner Wan Kamarul Azran Wan Yusof, the Skyline R32 was seen going viral on Malaysian social media. The car was made up to look like a police car, including light bar with the official police shield and the words “POLIS” on the doors, reports daily Harian Metro.

“Investigations into the video lead to the detention of a 45-year old suspect who is the owner of a car accessory shop,” said Wan Kamarul. “The suspect apprehended at 10.30 pm along with the car, a set of keys and an event participation slip,” he added.