Parsing Out the Differences Between the 2021 Genesis G80 and GV80 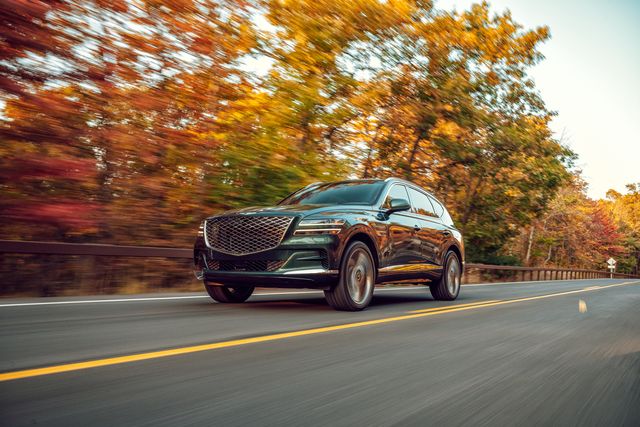 Yes. I know, the GV80 is an SUV and the G80 is a sedan. That’s one, big, obvious difference. And, yes, that means the GV80 is taller, too. And, I suppose, it’s worth mentioning in the same breath that the added height and hatch rear-end allows the GV80 to have an optional third row. But the two Genesis vehicles share a lot, from powertrains, to platforms, to features and amenities. It’s worth taking a closer look to parse out the similarities and the differences.

To start, both ride on a new platform called M3. It is the third generation platform for the G80 sedan and was designed to carry a mid-size SUV from the beginning. Genesis uses five different grades of steel and lots of aluminum to build it. And it’s configured to be a rear-/all-wheel-drive platform, meaning the engine mounts fore aft instead of side-to-side, which is a win for chassis balance.

Furthermore, both use an eight-speed transmission and both offer the aforementioned driven wheel options. But a key difference between the two vehicles lies here. In the G80 sedan, you choose RWD or AWD with either engine. In the GV80, you only get AWD with the 3.5-liter V6. Choosing RWD forces you into the 2.5-liter, but you can stick with the smaller engine and get AWD, too. 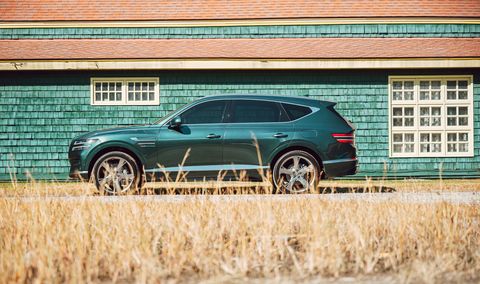 Though that difference might prove moot. Most people think AWD when they think SUV, anyway. And, indeed, Genesis plans to build the majority of GV80s with that powertrain configuration.

Inside is a similar look and feel between the sedan and crossover. They both have similar features including the 12.3-inch instrument cluster and 14.5-inch center console ultra-wide infotainment screen. Both vehicles look clean and elegant, very competitive with the established German players. And with a $49,925 starting price and $71,975 top price the GV80 SUV is inexpensive when compared to the GLE Mercedes-Benz starting at $55,745. A table breaking it down is below. 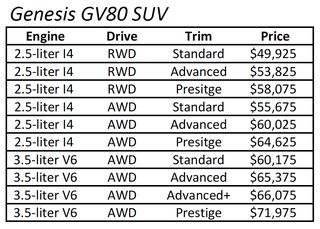 Just like the G80 sedan, the GV80 gets a big bag of safety tech, like 10-airbags including a knee bag for the driver and a bag in the center to protect the front row passengers from each other. But here lies another interesting difference. And it shows that Genesis, ultimately, thinks its SUV is a more luxurious pick than its sedan.

If you choose the Prestige package with the V6 and AWD, in addition to typical niceties like Nappa Leather, you get something called Active Road Noise Cancelation; we’ll call it ARNC. At first glance it appears to be just like any other active noise cancellation system, using the audio system to generate sound frequencies that counter balance unwanted frequencies and mitigate unwanted noises from entering the cabin. But ARNC goes a step further.

The system uses four frequency sensors mounted in the wheel wheels, the backside of the well for the front axle and the front side for the rear axle. With data from the sensors, the audio system can more quickly and accurately balance out unwanted frequencies and not just from the powertrain, but from the road itself. Clever.

And one more thing worth noting and of particular interest for us enthusiasts, is the GV80 V6 Prestige also comes equipped with an electronically actuated limited-slip differential mounted on the rear axle. Now, because this is not a monster V8, or rear-wheel-drive, or, you know, a sports car, it means a little less here, but it’s still cool. And it does help with off-road and inclement weather tractability.

Otherwise the GV80 is quite close to the G80, including driving feel. The GV80, while taller and heavier than the G80, rolls down the road with similar aplomb. Genesis definitely prioritized ride over handling, but the GV80 corners with plenty of competency and all of its reactions to driver inputs are drama free. 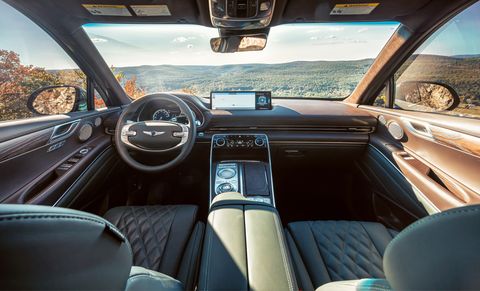 Of course, the V6 is quicker than the I4, and the sound emitted from the exhaust is more pleasant to boot, but the base engine proves plenty capable and, generally speaking, stays out of the way, humming along in the distance, as you take in your favorite podcast or music. And yet, the Prestige package equipped V6 is a touch quieter, no doubt benefiting from the active noise cancellation.

Just like its platform brother G80 sedan, the GV80 is no Porsche. This is not an SUV encouraging you to speed up and take the long, curvy way home. Rather, it’s one that removes some stress from the commute. Hop in, turn on Bach, switch on the heated seats and, why not, the massage too. Take a few moments for you and mentally disengage from the world and relax.

And then there’s the styling. This is a fine looking SUV. Not busy or overwrought. Genesis says it takes inspiration from traditional Korean Houses called Hanok, which have roofs that curve upward on the ends. While the GV80 doesn’t curve upward on either side, it does have a roof-mounted spoiler, so that’s something.

Genesis as a brand has existed less than five years. And yet they’re quickly becoming legitimate players in the premium car segment of the auto industry. They are, so far, less competitive if driving enjoyment is your priority, but even that gap is narrowing. I look forward to see what the next five years bring.

Do the traditional German premium market players have something to worry about here? Let us know in the comments below.

END_OF_DOCUMENT_TOKEN_TO_BE_REPLACED

END_OF_DOCUMENT_TOKEN_TO_BE_REPLACED
We and our partners use cookies on this site to improve our service, perform analytics, personalize advertising, measure advertising performance, and remember website preferences.Ok