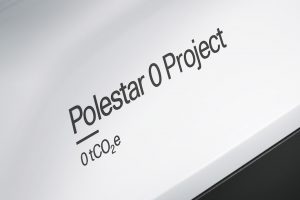 Rather than just offsetting emissions, the Polestar 0 Project aims to eradicate them from every aspect of Polestar's manufacturing process

Polestar has announced a new initiative called “Polestar 0.” The project will see the Swedish brand focus on eliminating carbon emissions from every stage of its vehicle production process before the decade is out.

Most manufacturers offset their carbon emissions by planting trees or other green initiatives, but Polestar’s CEO, Thomas Ingenlath, argues that true carbon neutrality requires a radical rethink of how cars are built; especially now that climate experts are raising questions over the long-term carbon storage capability of forests.

“Offsetting is a cop-out,” said Ingenlath. “By pushing ourselves to create a completely climate-neutral car, we are forced to reach beyond what is possible today. We will have to question everything, innovate and look to exponential technologies as we design towards zero.”

Polestar also pulls on a study from the Intergovernmental Panel on Climate Change which mentions how most forests are still logged using traditional methods and machinery, which produces a high level of carbon emissions.

Also, by failing to lower their emissions, manufacturers are helping to create the conditions for more frequent forest fires. The increase in global temperatures means droughts are far more common, which can turn a purpose-built carbon-swallowing forest into a tinderbox.

Ingenlath continued, saying: “Consumers are a huge driving force in the shift to a sustainable economy. They need to be given the right tools to make informed and ethical decisions. This makes things very clear. Today, Polestar 2 leaves the factory gates with a carbon footprint. In 2030 we want to present a car that does not.”

Polestar’s Head of Sustainability, Fredrika Klarén, echoed Ingenlath’s comments, saying: “We’re electric, so we don’t have to worry about combustion engines producing toxic emissions – but that doesn’t mean our job is done.

“We will now work to eradicate all emissions stemming from production. Now is a historic and exciting time for car makers, an opportunity to seize the moment, do better and dare to build the dream of climate-neutral, circular and beautiful cars.”

Now read our review of the pure-electric Polestar 2…