Police officers have used unmarked Heavy Goods Vehicles to pull up alongside lorry drivers to find them distracted behind the wheel. In a series of shocking clips, police officers can be heard identifying offenders reading a book and watching TV while behind the wheel of some of the heaviest vehicles on the road.

Officers can be heard saying: “He is watching his film, in front of his steering wheel, he still hasn’t noticed us.

“The reason he’s on the hard shoulder all the time is because he’s watching a film. He’s still looking down, he’s glanced up and now looking down. All of this is on camera.

“I can see the phone but I can’t see what film it is. It’s obviously an amusing one because he’s laughing. He’s engrossed in his film.”

Officers also caught many drivers simply sending text messages on their phone with some even on FaceTime behind the wheel. 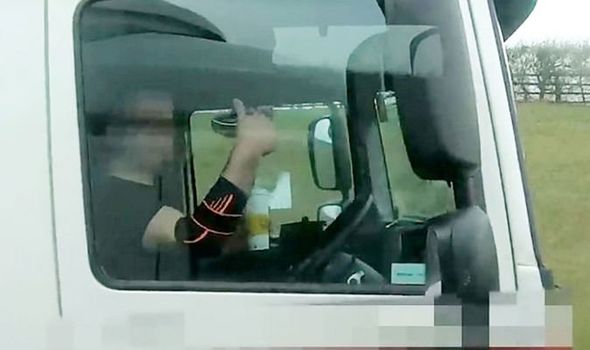 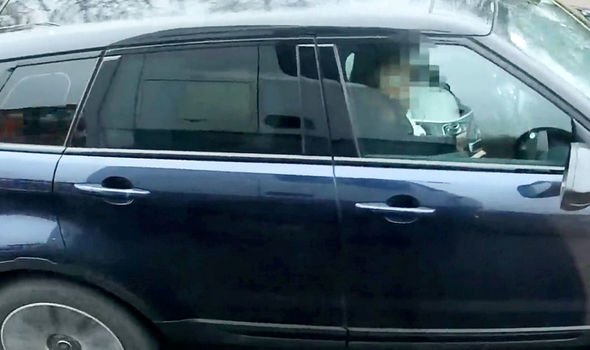 In ordinary patrol cars, officers would be unable to spot those breaking the law in lorries due to the height difference.

Surprisingly, many lorry drivers seem oblivious to the police officers recording them just metres away.

This suggests they are so distracted behind the wheel that they may be unaware of road hazards when they appear in a major safety risk.

Comically, one driver even decided to give offices the thumbs up when he realised he had been caught out.

DON’T MISS
DVLA reveals 35,000 have broken this driving law in the past three years [INSIGHT]
Drivers could be in ‘serious trouble’ for making this error [COMMENT]
New driving law will see drivers fined for using a bus lane [ANALYSIS]

However, the new police HGV also acts as a spying tool on car drivers below who may be unable to see the police officers in the vehicle.

During the operation, Warwickshire Police picked up over 200 driver offences over the course of five days.

A massive 42 percent of those caught were those behind the wheel of large commercial vehicles.

Twenty seven mobile phone offences were detected over the course of the operation which was aided by Highways England. 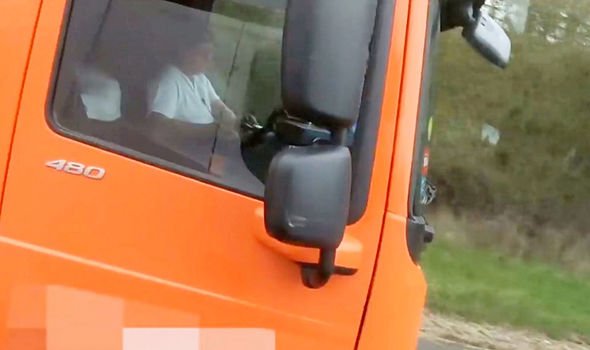 In a shocking discovery, two separate HGV drivers were caught using FaceTime while behind the wheel.

More than 150 dangerous drivers in the South East have been spotted by unmarked police HGV’s over the past year.

Staffordshire Police also revealed they had stopped 96 vehicles in just one week between June 1 and June 6 for a range of offences.

These included not wearing a seatbelt while driving and not being in control of a vehicle while behind the wheel. 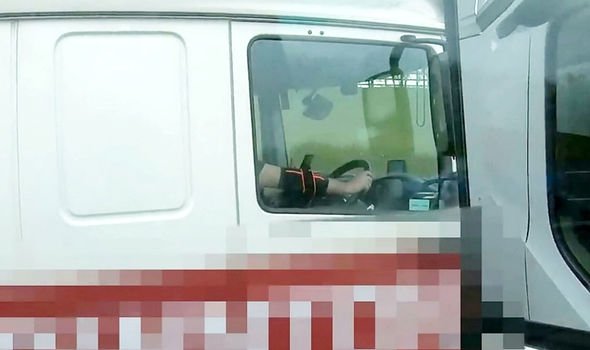 Inspector Sion Hathaway, spokesperson for the Central Motorway Police Group (CMPG) has previously said the new tools give officers an advantage on the road.

She said: “Highways England’s HGV gives us an advantage because it allows us to look into both normal cars and those higher up so we can see what drivers are doing, whether they’re wearing a seatbelt or if they’re using their phone.

“All of this enforcement activity is about keeping people safe on the roads, not catching them out.”

END_OF_DOCUMENT_TOKEN_TO_BE_REPLACED

END_OF_DOCUMENT_TOKEN_TO_BE_REPLACED
We and our partners use cookies on this site to improve our service, perform analytics, personalize advertising, measure advertising performance, and remember website preferences.Ok