POLL: Would YOU buy an electric vehicle as petrol prices soar? 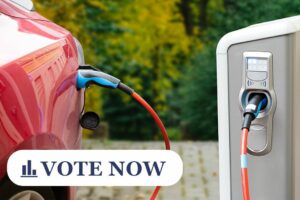 Petrol prices in Wales broke the £2 a litre barrier at services on the M4 at Carmarthenshire’s Pont Abraham services and Swansea West this week. The latest Government figures on Tuesday, June 7 showed that the average price of petrol hit 175.6p per litre yesterday meaning that the average 55-litre family car now costs  £96.58 to fill up.

In the drive to meet net-zero targets, the Government has committed to phasing out the sale of new petrol and diesel vehicles by 2030.

Electric cars are cleaner, have faster acceleration and lower maintenance costs than their counterparts.

Such vehicles are exempt from fuel duty and currently do not have to pay road tolls despite often being heavier and thus causing more damage to roads.

In 2021, following Mr Shapps’s announcement, the sales of fully electric cars doubled and there are now 456,000 on the UK’s roads.

A further 348,00 cars are able to drive some distance in electric mode with zero emissions.

Hybrid cars will continue to be sold until 2035, provided they have a “significant” range in zero-emission mode.

The Government continues to offer incentives to encourage Britons to buy electric cars.

The most well-known option is the plug-in grant which is worth £1,500 and is deducted from the price of the vehicle – for cars costing less than £32,000.

A new law, set to be introduced on June 15, 2022, states that electric vehicle charge points must be installed at new residential homes and buildings.

By 2030, the UK expects to have 300,000 public electric vehicle charge points available – almost five times the number of fuel pumps on our roads today.

As of March 23, the Government named Toyota, Nissan, Kia, Hyundai, Seat, Renault, and Honda as not declaring their proposals for zero-emissions manufacturing.

The Government is introducing annual targets for zero-emission cars that manufacturers must reach and is due to begin in 2024 with a target of 22 percent of sales and increasing each year.

So how about YOU? Would you buy an electric vehicle? Vote in our poll and leave your thoughts in the comment section below.