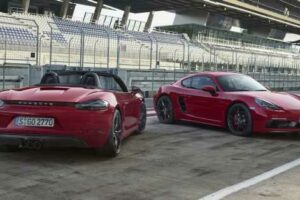 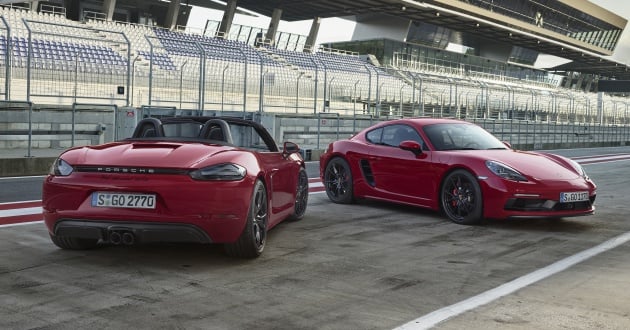 In their transition to fully electric powertrains, the next-generation Porsche Boxster and Cayman will adopt an electric platform battery layout designed in a manner similar to the powertrains of mid-engined cars, Autocar reports. Dubbed “e-core”, this layout aims to position its centre of gravity and seating positions as low as possible for its sports car design brief.

For the recently unveiled Mission R concept car, Porsche used a revised 718 Cayman chassis for the electric racer study, though any such production version will be different, the carmaker said.

“When we [fully] electrify a model, we won’t do a carry-over of the combustion engine platform because there are too many compromises. When we are looking to future sports cars, we would develop its own platform but connected with some modules coming from other cars, but the platform will be unique,” said Porsche CEO Oliver Blume. 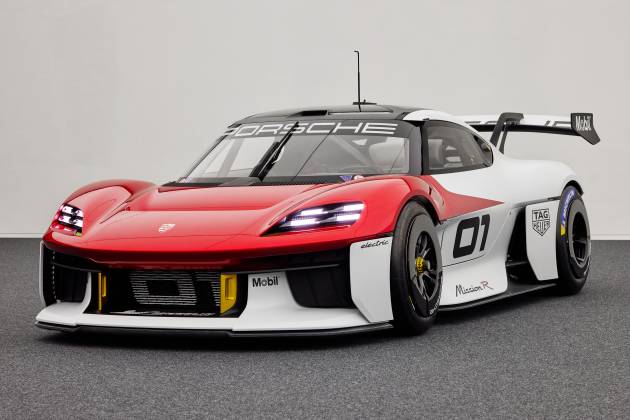 While the Porsche Mission R concept was built on a revised 718 Cayman chassis, any production EV sports car will use a unique platform

The decision to employ the relatively unusual EV layout – compared to the skateboard platform commonly found in EVs such as by Tesla – was driven by the need to make the car as low as possible to reduce aero drag, as the skateboard platform locates its batteries below the occupants and therefore will not be able to sit as low, said Porsche technical chief Michael Steiner.

“There is no platform unchanged by electrification, but the only platform within our portfolio that might not change that much would be for mid-engined cars like the Boxster and Cayman,” Steiner said. Porsche began with electrification prototypes with this mid-engined layout 10 years ago because the space vacated by the engine and transmission could be used for the battery, he added.

Porsche has been researching the mid-engined layout for EV models for safety reasons, Steiner told Autocar. This is because with present EV technology, the carmaker wanted to locate the batteries within the central crash structure of the vehicle.

This platform layout could potentially be used in cars by other brands within the wider Volkswagen Group, such as Lamborghini and Audi, given that both brands have mid-engined models that could go the pure EV direction with this sports car layout.

In terms of customer acceptance, Steiner said they would be receptive of a model offering similar performance offered by that of the 718 range, “but this needs weight reduction,” he said. “If you drive and push a real sports car on the race track, you would still feel this [weight]. You might not notice it on the highway, but a real sports car has to perform on the race track,” the technical chief explained.

Further afield from the Volkswagen Group, the upcoming SSP platform blends elements of the MEB platform with the PPE platform co-developed by Porsche and Audi, and which will use a skateboard layout where its batteries are positioned below the vehicle.

The automotive group is also developing a unified battery cell design, Autocar wrote, which the automaker claims could be used in more than 80% of its EV model range. That leaves a still significant proportion of EV models that could use a different battery design and layout, the magazine noted.