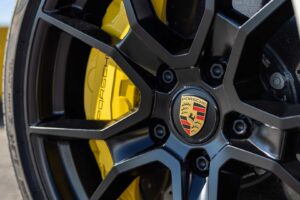 The Porsche initial public offering is moving ahead. The Volkswagen supervisory board could sign off on it as soon as Sunday, September 18, according to sources speaking to Reuters.

If the VW board approves the IPO on Sunday, then the stock prospectus could be available as soon as Monday. This would let institutional and private investors subscribe to the stock, meaning they are guaranteed shares before trading begins.

When it officially announced the IPO, Porsche estimated the process would be complete by the end of September or the beginning of October. Offering the stock meant “increased entrepreneurial independence,” according to the automaker’s statement.

“This is a historic moment for Porsche. We believe an IPO would open up a new chapter for us with increased independence as one of the world’s most successful sports car manufacturers,” said Porsche Chairman Oliver Blume.

Porsche intends the stock to have a dividend payout ratio of 50 percent. This figure refers to the dividends paid to shareholders in relation to a company’s net income.

Porsche has big investments planned to achieve a goal of over 80 percent of its vehicle deliveries being EVs in 2030. The Macan EV is among those new products and should have an unveiling before the end of the year. An electric Panamera is in the early stages of development as an offering to sit above the Taycan. A seven-seat SUV has a spot in the future lineup, too.