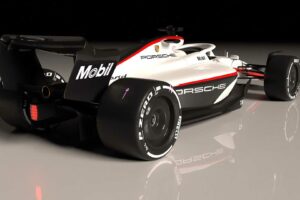 Porsche has been involved in serious talks with Red Bull on a potential Formula 1 partnership. Even though the discussions reached an advanced stage, the deal eventually fell apart and the Stuttgart-based automaker was left without an F1 partner. However, the brand remains interested in joining the world’s fastest motorsport series and there’s even a confirmation coming from the FIA.

Our colleagues at Motorsport.com report that the motor racing governing body sent out a note after a meeting of its World Motor Sport Council yesterday regarding the Formula 1 2026 engine rules. The message didn’t include detailed information regarding Porsche’s plans for entering F1, though it confirmed there is still interest in the marque.

“At Spa-Francorchamps in August, Audi announced it was joining the FIA Formula 1 World Championship from 2026 as a power unit manufacturer. This announcement was an endorsement of the hard work by all stakeholders to develop those regulations. We also note that Porsche is still in discussions with Formula 1 teams.”

This is literally everything the FIA had to say about Porsche’s plans and Motorsport.com sees Williams as the most possible new partner. There’s also Andretti as a potential new entry, which could also be linked to a deal with Porsche. The American Andretti has been actively looking to enter Formula 1 but other teams have expressed resistance so far. With the inclusion of a high-profile automaker, however, things could change.

Porsche and Red Bull were in an advanced stage of talks reaching the point where the automaker was seeking permission from competition authorities for the deal to be approved. However, Red Bull decided the DNAs of the two companies are very different and this could compromise Red Bull’s independence. Porsche, in turn, was not happy with the end of the discussions and in September it seemed like it has very limited options to continue its F1 efforts.

In early September, our sister site Motorsport.com reported that Porsche effectively wanted to take a 50-percent share in Red Bull’s F1 business. Apparently, Red Bull was not happy with such a deal and canceled the talks.