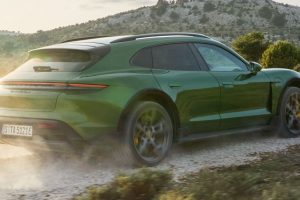 Porsche CEO Oliver Blume has revealed that the company is planning to set up a battery cell manufacturing facility in Germany in an attempt to speed up its e-mobility drive, Automotive News reports. The site where the factory will be built is in the Swabian town of Tuebingen.

Blume initially told German newspaper, the Frankfurter Allgemeine Sonntagszeitung, that “battery cells are a key technology for Germany’s automobile industry which we must also have in our own country.” He also added that “Porsche wants to play a pioneering role in this.” In the near future, the report states that Porsche will be purchasing battery packs from its parent company Volkswagen Group, which has plans to build at least half a dozen battery cell plants across Europe.

Besides being at the top of its game, Porsche’s development chief, Michael Steiner told Automotive News Europe earlier this month that existing battery suppliers are focusing on volume. This means more specialised orders such as Porsche’s are falling to the back of the line.