A slip road connecting the M62 westbound to the M57 northbound remained closed into Monday afternoon due to what crews described as a “carriageway defect”. However, an image released by the agency showed a deep pothole filled with water was to blame for the emergency lane closure. In a social media statement, Highways England confirmed the road damage was near Tarbock Island although reassured motorists the M57 was still accessible.

The statement said: “The dedicated link road from the M62 westbound towards the M57 northbound at J6 Tarbock Island is closed due to a large pothole in the road. You can still access the M57 from the roundabout.”

In a later post this afternoon, Highways England said they were unable to confirm what time the road would reopen as maintenance crews were still working on a resolution.

Social media users had warned of the damage as early as 10am this morning through various online posts.

One Facebook user claimed “about 10 cars” had gone over the pothole and had crashed or broken down due to damage. 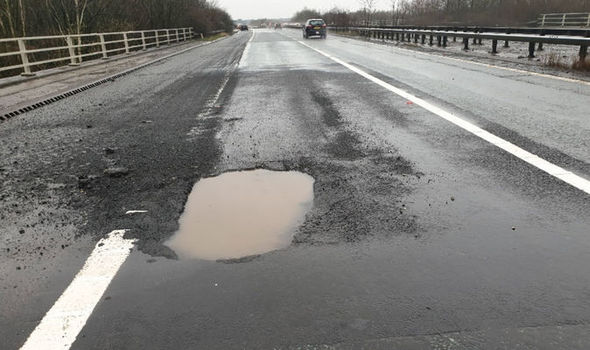 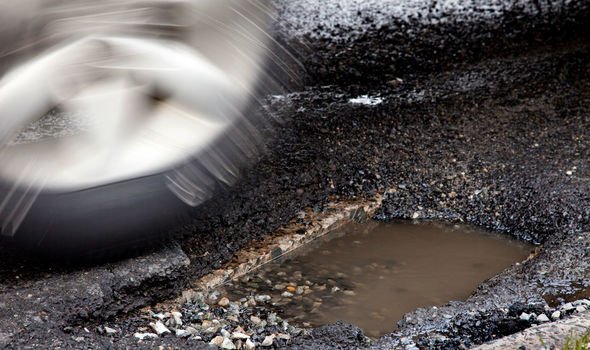 Commenting on the Twitter post, one motorist said there were twenty or more cars on the hard shoulder beyond the pothole this morning.

Another road user claimed he had passed the pothole on Friday but noticed it had become bigger.

This was backed up by another social media user who said the hole was in a similar state when she passed it on Thursday morning.

The road user claimed the pothole had been developing for a few days to reach the current level.

DON’T MISS
Inquiry into the perils of potholes [COMMENT]
Pothole-related car breakdowns ‘at a three-year high’ [INSIGHT]
UK’s pothole crisis to be fixed by ROBOTS? [OPINION]

Another motorist attacked repair crews after he claimed the same hole had already even filled on several occasions.

He posted: “This has been filled in countless times, they need to do the job right first time instead of having to come back to repair it every couple of months.”

A Highways Engalnd spokesperon confirmed to Express.co.uk temporary fixes to the pothole were not lasting and the group were now looking a a more permanent repair.

He said the image appeared to show poor quality repair work had been previously carried out in the same area.

He confirmed the issue had already highlighted to the Office of Rail and Road and attacked Highways England crews for not doing more.

He said: “We are seeing more and more emergency closures on the SRN (strategic road network) each day.

“Highways England are leaving more and more defects on their network. These are increasing risk to road users. 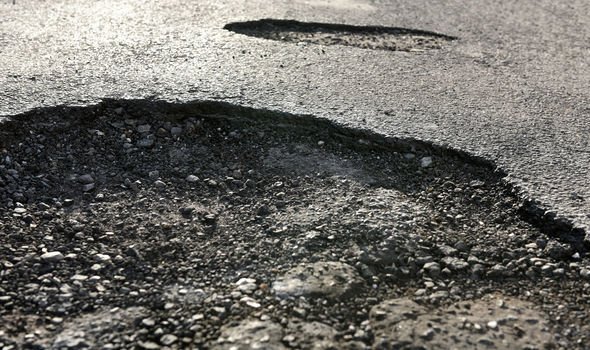 “You only need part of the wearing surface breaking up then hitting vehicle behind windscreen for an incident.” (sic)

Data from Waze revealed reports of pothole damage has increased by over 40 percent over the past month.

Bath was revealed to be the worst impacted area with a 346 percent increase in reports for pothole damage after Storm Ciara and Storm Dennis hit.

Gloucester saw a 149 percent increase while Coventry saw a 70 percent rise in the total number of potholes recorded by the technology firm.