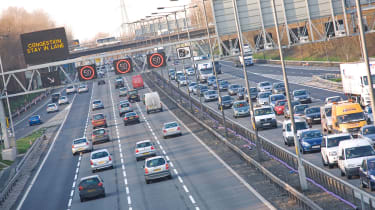 Proposed changes to the Highway Code have been criticised by the public amid fears that they will increase conflict between different types of road users and could impact the safety of cyclists and pedestrians.

A survey of 3,600 drivers and motorcyclists conducted by IAM Roadsmart (formerly the Institute of Advanced Motorists) revealed that 71 per cent of respondents believe the proposal to give pedestrians priority over cars turning into and out of junctions will increase conflict. A further 57 per cent believe that this will be a significant issue.

Another issue was that of cycling on pavements – 74 per cent of respondents believe children should be allowed to do this, but only 23 per cent would afford the same right to adult cyclists. Meanwhile, 73 per cent think it should be compulsory for cyclists to wear helmets.

One of the most controversial ideas in the proposed Highway Code changes is to create a “hierarchy of road users”, whereby those in charge of the vehicles that cause the greatest harm in an accident should bear the most responsibility to take care.

Although 71 per cent of survey respondents agree with the general concept that drivers should give motorcyclists, cyclists, horses and pedestrians at least as much room as they would when overtaking another car, only 56 per cent are certain a hierarchy is the right way forward.

The proposed changes don’t include any proposals to give cyclists an obligation to use cycle lanes and paths where possible, which is something 80 per cent of poll respondents said they would support.

Some proposed measures did receive widespread support, though – these include: motorists should pass horses at least two metres away and at less than 15mph (90 per cent approval), cyclists should move over and allow traffic to overtake them on busy roads (63 per cent), and drivers should leave a gap of at least 1.5 metres at under 30mph and two metres at over 30mph when overtaking cyclists (78 per cent).

Neil Greig, policy and research director at IAM Roadsmart, said: “Regardless of what changes are introduced, it is clear there will be a need for a huge education campaign to ensure any amendments to the Highway Code are understood and fully adopted by the millions of existing UK drivers, motorcyclists and road users. At IAM RoadSmart, we believe an online resource to help with this re-education in an engaging way would be helpful.

“The simple truth is that most of us don’t read the Highway Code unless we drive or ride professionally, or are about to take a test. The Department for Transport needs to be realistic about the impact simply changing a seldom-read document will have on the behavior and safety of road users.”

Do you think the Highway Code needs updating? Let us know your thoughts below…