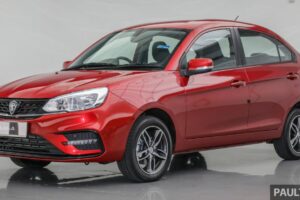 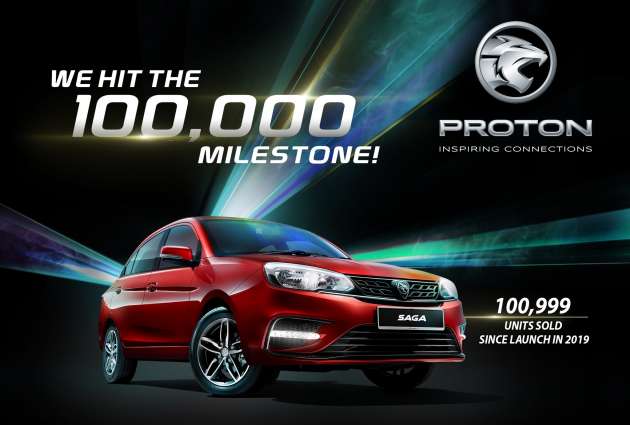 Sales for the Proton Saga facelift has officially crossed the 100,000 mark, less than 30 months since its launch back in August 2019. This makes it the best-selling A-segment sedan in the country – the automaker also sold 5,666 units of the Saga last month.

This is quite a feat, considering the recurring lockdowns that disrupted vehicle production over the past two years. Nevertheless, demand for the Saga remains strong, and at one point Proton received 500 bookings daily.

Inside, there’s a new Android-based seven-inch “floating” touchscreen head unit with Bluetooth connectivity and 16GB of internal storage, as well as a new instrument panel. Other additions include a new automatic gear lever (button on the side), higher quality Tricot headlining (like the X70), new map lights with LEDs, a new sun visor with ticket holder and vanity mirror, and new grab handles.

Motive power remains unchanged, so the good old 1.3 litre four-cylinder engine continues to deliver 95 PS at 5,750 rpm and 120 Nm of torque at 4,000 rpm. A five-speed manual gearbox is offered for the base Standard MT, but every other variant gets a new four-speed torque converter automatic gearbox sourced from Hyundai, as used in the Kia Picanto. Find out what we think of the Saga in our in-depth review, and see how it fared in an exhaustive eco drive stretching 650 km!