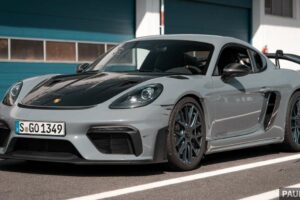 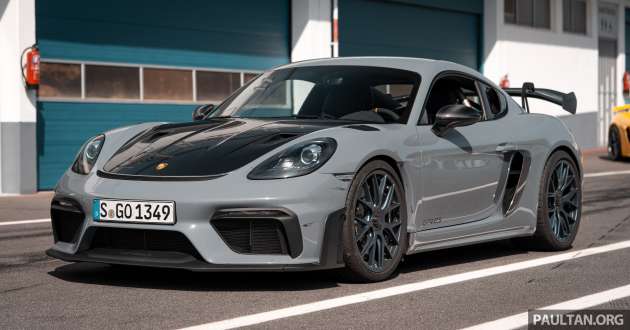 For many mid-engine Porsche fans, the Cayman GT4 RS has been a long time coming. It arrives in climactic fashion, posing as the first true Rennsport (RS) model since the birth of the midship coupe in 2005. It is everything fans have wanted – a balls to the walls Cayman that will chew at anything in its path.

Porsche sure took its time with this one. It took nearly three full life cycles for the coupe to get to this point, and it’s possibly as hardcore as the Cayman gets. The lads over at the GT division pulled out all the stops for what is essentially a swansong for mid-engined Porsches (they say a swan sings most beautifully before it dies), because what comes next will be a silent tree hugger.

While the new electric “mid-engine” sports car is being developed, Andreas Preuninger and his impassioned team of motorheads finally got together to answer the age-old question – what will a Cayman be like with a 911 GT3 engine? Will it even work, and can it possibly be better than the GT4? Yeah, turns out, just slap on the RS badges and dial everything up to 11.

The lunacy that is the engine and bespoke air intake 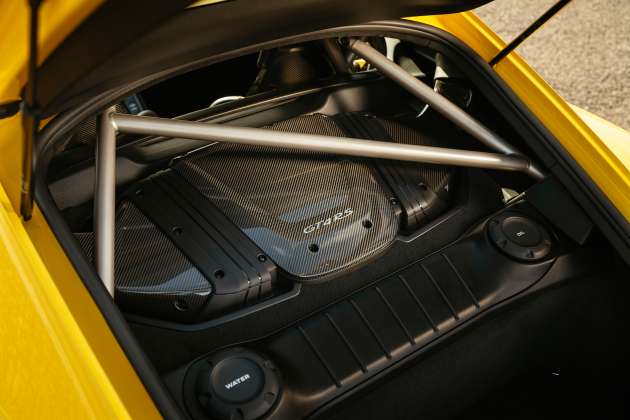 The NA mill has individual throttle bodies, making the GT4 RS one of the most responsive cars I’ve ever driven. It is always on edge, power on tap, raring to go on a whim. You could carve corners with the front wheels or induce oversteer just as easily – it’s as though the throttle pedal was calibrated with a micrometer. The sheer granularity and level of precision is so clinical, and completely contingent on your right foot. This type of fun is one you just can’t get enough of.

Speaking of fun, the sound. Oh, what a fix the 9,000 rpm and the induction noise bring. Unlike your typical super sports car with a loud exhaust, it’s the cabin of the GT4 RS that gets bathed in mechanical cacophony.

You hear almost too vividly the swoosh of the intake, and the precise moment when the VarioCam valves lift past certain rev ranges. It’s like VTEC, but a thousand times more intimate and addictive. The play of noise from the ram air effect and vibrations from the six reciprocal pistons are enough to completely isolate you from the outside world – you hear absolutely nothing else.

It is deafening in every imaginable way. That’s the kind of escapism we’re talking about, and it’s so much rawer than a 911 GT3. When you’re gunning it hard, you’ll have to contend with all the noise and vibration, plus lateral forces and the ferocity of its propulsion. All these can be hard to stomach, nauseating even, for some. It’s also not quite the car you should take on a road trip, but you know you’ll want to, real bad. Purists will say that it is, but Porsche will tell you to buy both. Fully equipped, the GT4 RS costs tantalisingly close to the 911 GT3, which is far more sophisticated of a machine, what with its double wishbone suspension, rear axle steering, wider tracks and inherent rear-engine stability.

It’s not better than the 911 GT3, nor is it faster around the Nürburgring Nordschleife. Instead, the GT4 RS is a savagery that few are skilled enough to test the limits of, but also not too intimidating of a beast to approach. It does the century dash in 3.4 seconds (the GT4 with PDK does it in 3.9 seconds, or 4.4 seconds with the manual) and tops out at 315 km/h.

Unlike the GT3, there is no stick shift option here. Rennsport is traditionally about maximum performance, plus the PDK is a much quicker and precise shifter after all. Here, it uses a seven-speed PDK and not the eight-speeder from the 911 GT3, because the latter is too long to be physically mounted on the midship platform.

It’s much more hardcore than the GT4. Here’s why 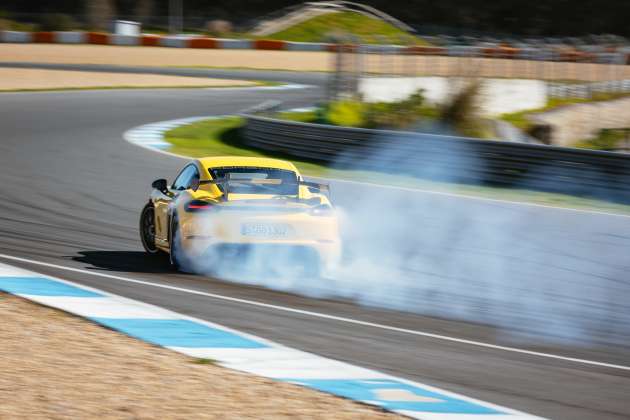 Besides having nearly all its insulation gutted in the interest of weight reduction (at 1,415 kg, it’s 35 kg lighter than a PDK-equipped GT4), the RS also rides firmer and makes more downforce. Spring rates are twice as firm as the GT4, the MacPherson struts up front get bespoke ball joints, and the dampers are model-specific.

The rear axle camber has been increased by a quarter of a degree, although this – along with the tracks and anti-roll bars – can be individually adjusted to suit the driver’s preference and racetrack.

Also manually adjustable are the front splitter and massive swan neck rear wing. The latter features three angles of attack, and in its most aggressive state generates 25% more downforce on the rear axle compared to the GT4, without adding drag. Like its race cars, there are NACA ducts on the bonnet to cool the larger brakes (408 mm up front, 380 mm rears), and the front fenders are vented to aid the evacuation of air.

The result of all this fanatical engineering is a car that slaps the GT4 on the Green Hell (or Green Heaven, as termed by development driver and living legend Jörg Bergmeister). It lapped the 20.6-km loop with a time of 7 minutes 04.511 seconds, or approximately 23.6 seconds quicker than the GT4. The car was bog standard, but ran on the optional Michelin Pilot Sport Cup 2 R tyres. Cup 2 rubbers are standard.

What is it like to drive off the circuit? Is it daily drivable?

Sure it is, to some degree. Ride is still firm in its least aggressive settings, but the experience can be wearying should you take it on an extended journey through rural roads. It’s a total backroad bomber, though, and our only wish on the mountainside drive in Lisbon was for the roads to be slightly wider. Helps that it’s also a massive head-turner.

Creature comforts are minimal. You get full carbon-fibre race bucket seats as standard, Race-Tex-trimmed steering wheel with a yellow 12 o’ clock marker, door pull loops, a touchscreen infotainment system with Apple CarPlay and Porsche Connect, as well as a manual-like GT-specific gear lever. No controls on the steering wheel here, save for the shift paddles.

Options that you can consider include the 18-way power adjustable seats and the Clubsport Package that adds a steel roll cage, six-point harness and handheld fire extinguisher.

There’s also the Weissach Package. This is the most expensive, yet most sought-after package. Opt for this and you’ll get a titanium roll cage (6 kg lighter than the steel cage!), Race-Tex upholstered dashboard, and Weissach embroidery on the headrests and an additional logo on the passenger dash.

Other Weissach niceties include the gorgeous forged magnesium wheels with a centre hub (available in four colours), Porsche 935-inspired titanium exhaust finishers, Porsche script etched onto the rear glass, and exposed carbon-fibre exterior parts. Oh, make sure you get the exclusive Porsche Design Chronograph as well – it comes with a rotor that matches your magnesium wheels! 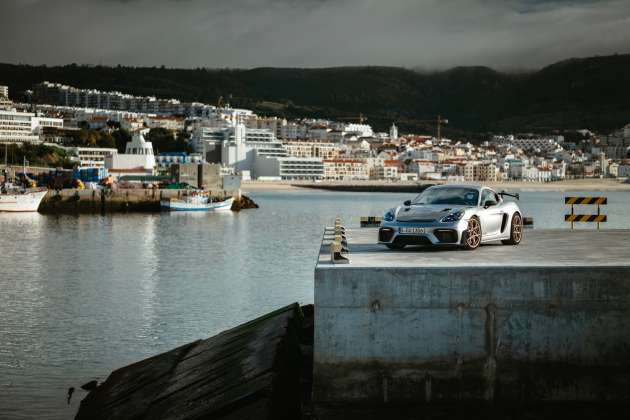 You see, whether you like to admit it or not, Porsche makes some of the best driver’s cars the world has ever seen. The Cayman GT4 RS is Porsche GT in peak form; a way of telling the world that it’s bowing out of the internal combustion arena in the grandest of all measure.

We won’t know for sure if this is the end of the road for an ICE-powered 718, but it better damn well be known that Porsche gave the mid-engine everything it has got.

The GT4 RS could have easily been a limited-run finale (we wouldn’t put it past them to launch a special edition in the future), but it’ll continue being produced in Zuffenhausen for the next 2.5 years. As usual, expect demand to outstrip supply. If I were you, I’d be on the phone with an SDAP sales rep, pronto. What’s that famous saying again? Buy first, think later? Yeah.