Rumor: GM Might Invest Over $3 Billion In EV Projects In Michigan 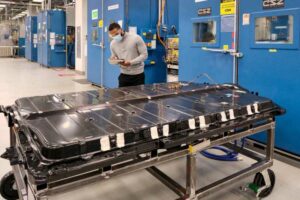 General Motors might invest more than $3 billion in two new EV and battery-related projects in Michigan.

According to Crain’s Detroit Business and Wall Street Journal (via Automotive News), the company is considering:

The Orion Assembly plant could get a $2 billion upgrade, so it would be able to produce Ultium-based electric pickups. The facility currently is engaged in Chevrolet Bolt EV/Chevrolet Bolt EUV production, but due to the lack of batteries caused by a massive recall, production is halted.

The battery gigafactory in Lansing would cost $2.5 billion, but as we understand, only half would come from GM, while the other half would be from LG Chem’s LG Energy Solution – GM’s strategic battery supplier.

“GM and LG have filed a tax exemption document with the City of Lansing through the Ultium Cells joint venture, records show. The document outlines a four-year construction timeline to be completed by Dec. 31, 2025.”

The battery gigafactory in Lansing would supply batteries for the nearby Lansing Delta Township Assembly plant, which currently produces Buick Enclave and Chevrolet Traverse.

In total, General Motors intends to have four battery gigafactories (joint ventures) with a combined output expected to be significantly above 100 GWh annually.

The article gives us an impression that the investments are highly dependent on the tax exceptions/incentives from the state of Michigan.