Senate May Have To Adjust EV Tax Credit's Union Stipulation 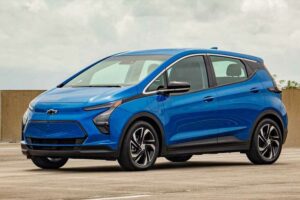 News surfaced earlier this week that the Senate parliamentarian Elizabeth MacDonough is in the process of reviewing the Biden Administration’s proposal to give an additional $4,500 EV tax credit to electric cars built in the US by unionized factories.

There has been a lot of contention related to the potential for a larger credit for union-only automakers. Companies including Honda, Hyundai, Toyota, Volkswagen, and Tesla are obviously opposed to the union stipulation, as are Canada and Mexico, countries that are citing possible trade agreement violations if the bill passes.

Several politicians are also against the Build Back Better legislation for various reasons, including the union stipulation. It seems most Republicans likely won’t support it, so it needs solid Democratic support in order to pass the Senate.

According to a report by Teslarati, Democratic Senator Joe Manchin has already made it clear that he doesn’t stand behind the proposed credit due to it favoring union-produced EVs. He told Automotive News that the government doesn’t get to choose “winners and losers,” and that a company’s products should “speak for themselves. Manchin explained in the interview:

“This is wrong. This can’t happen. It’s not who we are as a country. It’s not how we built this country, and the product should speak for itself. We shouldn’t use everyone’s tax dollars to pick winners and losers. If you’re a capitalist economy that we are in society, then you let the product speak for itself, and hopefully, we’ll get that, that’ll be corrected.”

Fortunately, for folks hoping to take advantage of a new EV tax credit in the future, politicians on both sides of the aisle have already offered suggestions for how the language might be changed.

Meanwhile, the Senate parliamentarian will make a final decision as to whether or not the union language is actually acceptable under US budget rules. Depending on the parliamentarian’s ruling, the legislation may have to be reworked.

In a worst-case scenario, if the ruling insists that the $4,500 union credit must be removed, there’s a chance the entire EV tax credit could be dropped from the bill. However, that would only happen if politicians couldn’t come to an agreement about how to change it to appease both sides.