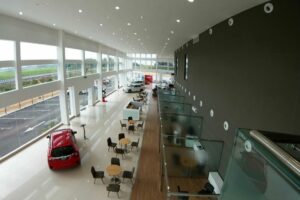 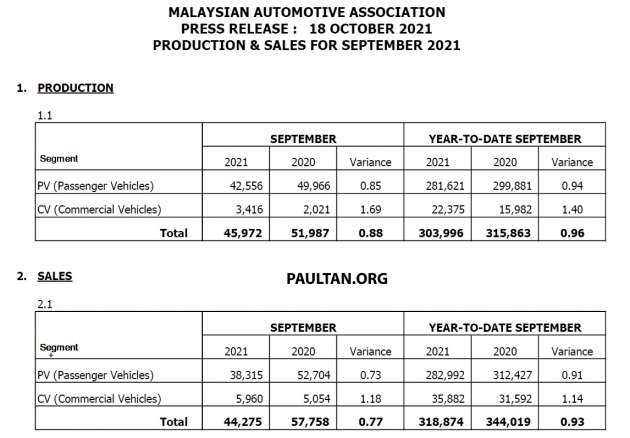 The Malaysian Automotive Association (MAA) has released vehicle sales data for the month of September 2021, announcing that a total of 44,275 vehicles were delivered last month. This is an increase of 26,775 units from the 17,500 units sold in August, representing a 153% gain in volume.

The association attributed the increase to a full month of restored business operations nationwide following the relaxation of movement restrictions. It however added that the ongoing shortage of semiconductor chips had affected sales of certain makes, and also reported that certain makes faced some cancellation of orders due to low consumer sentiment. It however did not elaborate on the reasons behind this.

The MAA is projecting sales in October to be higher than September, given that business operations have been restored nationwide and car companies are ramping up production and deliveries of vehicles. It expects that buyers will continue to take advantage of the SST exemption until that ends on December 31.