SK Innovation Targets Battery Production Of Over 500 GWh By 2030 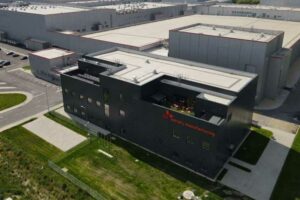 The company would like to become the #1 player in EV battery business globally.

SK Innovation, established in 1962 as Korea’s first oil refining company, announced that it intends to shift its business “from carbon to green” by investing a total of 30 trillion won ($26.5 billion) in 5 years.

One of the key elements of the strategy is the expansion of the EV battery business, as well as the battery separator business, plus an addition of a battery waste recycling business.

“We are planning to invest a total of 30 trillion won until 2025 for green growth, which is more than twice the size of investment over the past 5 years. As a result, we aim to increase the proportion of our green assets to 70% from the current level of 30%.”

SK Innovation said that it has more than 1 TWh of battery orders backlogs (1,000 GWh), which is a lot compared to the current manufacturing capacity of 40 GWh per year.

According to the press release, only three companies globally have 1+ TWh of battery orders. We guess it’s CATL and LG Chem.

With such high demand, the company intends to invest heavily to become the largest EV battery manufacturer globally (the previous target was top 3 and it will be achieved by the end of 2022). That includes #1 in cell production and #1 battery separator production.

“Dong-Seob Jee, President of SK Innovation’s Battery Business, mentioned that the company will become the world’s No. 3 in terms of monthly sales by the end of 2022 as well as in order backlogs. In other words, it will become a global top 3 in terms of orders and sales.”

An interesting thing is that the order backlog of over 1 TWh should generate 130 trillion won of revenue ($115 billion), which is less than $115/kWh if we understand it correctly.

“1 Terawatt is about 17 times larger than 60GWh in May 2017 when the battery business was presented as the direction for innovation. When converted into monetary terms, it is close to 130 trillion won. The company explained that the order balance will significantly increase when the ongoing projects are finalized.”

The battery business might spin off at some point, which is currently under consideration. A similar move was already made by LG Chem.

“While the battery business and E&P business at SK Innovation is currently being operated as business divisions, the company is reviewing the possibility of a spin-off of each division to maximize the value of its overall business portfolio, considering the expectations of the relevant stakeholders in a comprehensive manner.”

The expansion targets for EV battery production are extremely ambitious for this decade and should result in a total output of more than 500 GWh annually by 2030.

That’s equivalent to 5 million electric cars with a 100 kWh battery, or 10 million with 50 kWh packs.

The lithium-ion battery separator (LiBS) business, which is already profitable, is expected to expand quickly as well. The company intends to triple the production:

CEO & President Jun Kim said, “We will raise the EBITDA of the separator business from 300 billion won as of 2021 to 1.4 trillion won by 2025, achieving an ‘EBITDA of trillion won’ and nurturing the business as the core of green business.””

The waste battery recycling business trials will start in 2022, while commercial production in South Korea and other countries is expected from 2024, reaching 30 GWh in 2025.

“For the waste battery recycling business, the Battery Metal Recycling (BMR) project has developed a lithium recovery technology based on accumulated refinery technologies and applied 54 patents related with the technology, under the slogan of “picking batteries out of batteries.” It is a groundbreaking project that can reduce carbon generated from lithium mining by 40 to 70% using the new technology.

SK Innovation plans to start trial production sometime in 2022 and its goal is to operate a plant for commercial production at home and abroad in 2024. The company is expected to recycle 30GWh of batteries in 2025 and generate an EBITDA of about 300 billion won in the battery recycling business.”

Other areas of interest are