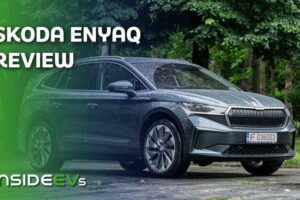 The Enyaq is created out of the same ingredients as the VW ID.4, but the result is quite different.

Having just driven the Volkswagen ID.4 a week prior to getting a chance to also try its Czech cousin, the Skoda Enyaq, I was not expecting there to be such a big difference between the two vehicles. On paper, they were almost identical, based on the same platform, with the same motors and battery packs.

However, the execution and feel of the two vehicles is actually surprisingly different. Whereas the Volkswagen tries to be a bit more minimalistic and futuristic, the Skoda adopts the exact opposite approach. It tries to be just another high-riding Skoda in the range, which just happens to be electric.

This is immediately apparent inside and out, but especially for the exterior. The Enyaq even has a big (but completely fake and blocked off) grille which has no other purpose than to make it look like other Skodas in the range. From the side, those not in the know could easily confuse it with the similar-size Kodiaq SUV, although the extra rear overhang could give it away. 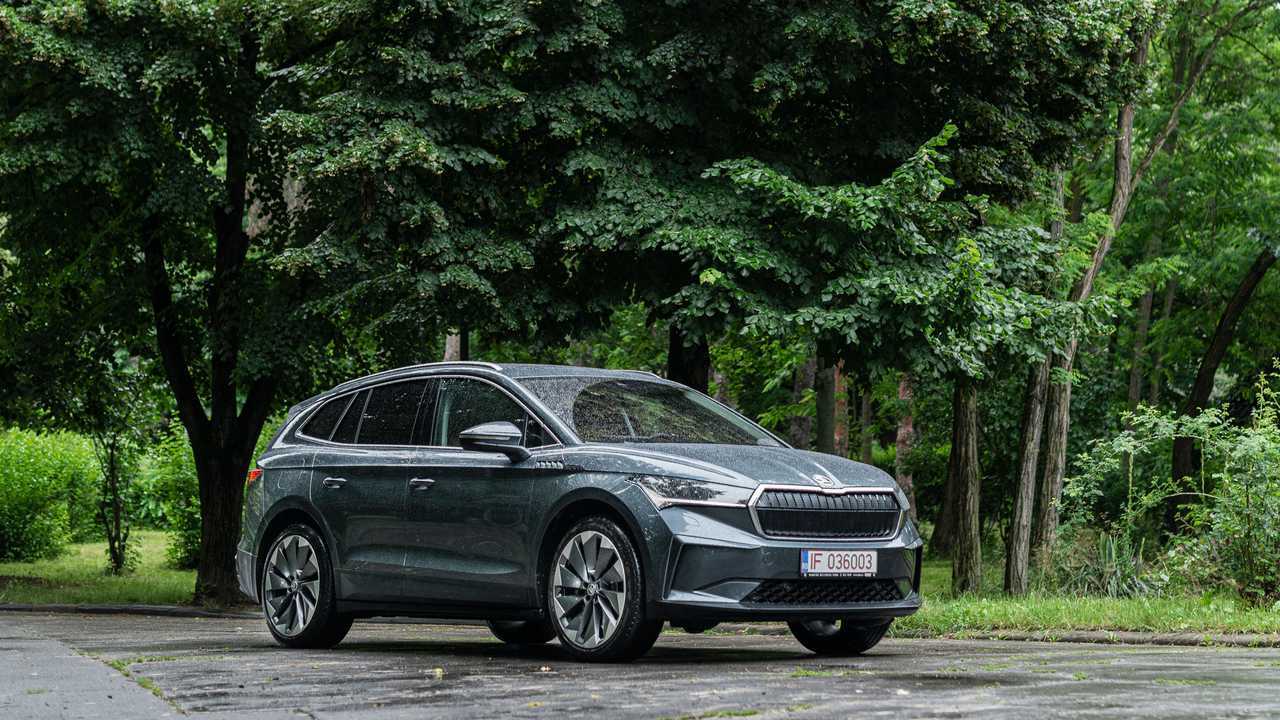 Inside, the Enyaq again is more restrained and traditional. It gets a small 5-inch driver’s display (smaller than most smartphones), a very simple yet elegant dashboard design and a big (standard) 13-inch infotainment screen that dominates the entire cabin. My tester was a very well specced example that cost over €60,000, and among the many options it had was the cognac brown leather interior that makes it feel very luxurious (much more so than the ID.4 1st Edition that I tried previously).

The cabin overall is very elegant, materials are generally very nice and it is remarkably spacious. The trunk is also some 5 percent bigger than the ID.4’s and since it is a Skoda, it gets unique touches such as an ice scraper located in the plastic lining on the inside of the hatch, as well as an actual umbrella that gets is own special cubby inside the driver’s door – you can quickly take it out with the door open.

Out on the road, even though the car rode on big 21-inch wheels, ride comfort was remarkably high, noticeably better than what I experienced in the ID.4. This may have been as a result of the optional adaptive dampers fitted to it, but while aboard the car, it felt like there was more to it than that – I would have to drive an Enyaq without adaptive dampers to verify, though. 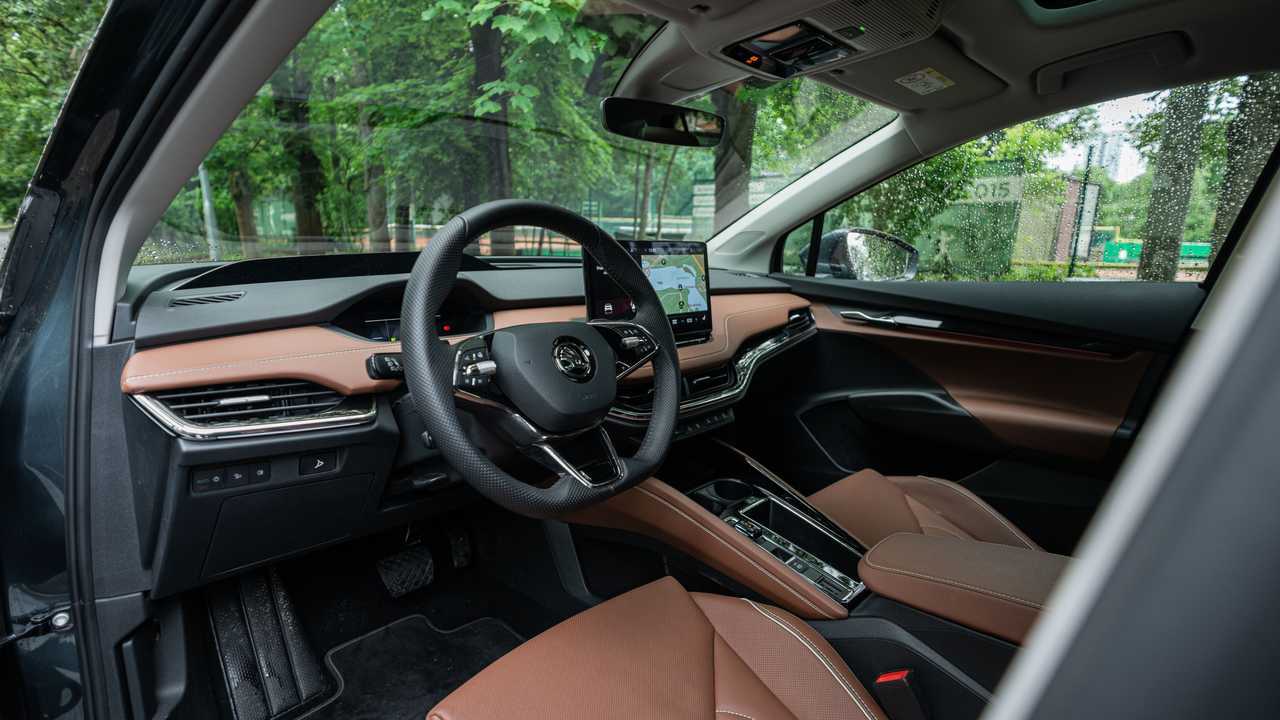 As an EV, the Enyaq is remarkably accomplished. It has the same 82 kWh battery pack as the ID.4, with the same 77 kWh usable capacity. Since it is not sold in the US, its range has not been rated by the EPA, so we’ll be looking at WLTP range numbers.

The Enyaq iV 80 has a claimed WLTP range of 537 km, while the VW ID.4 with the exact same motor and battery is only rated for 490 km, although the real world difference is reportedly smaller (according to those who have range tested and compared both). But even so, the larger, more practical and more comfortable Skoda has marginally better range – real world range is around the 420 km mark if you drive it like a regular car.

It’s not quite as nippy as the ID.4, even though they have the exact same output and they weigh about the same too. This is clearly something related to how the power delivery has been tuned by each manufacturer, but in this instance, it makes the Enyaq feel ever so slightly more lethargic. 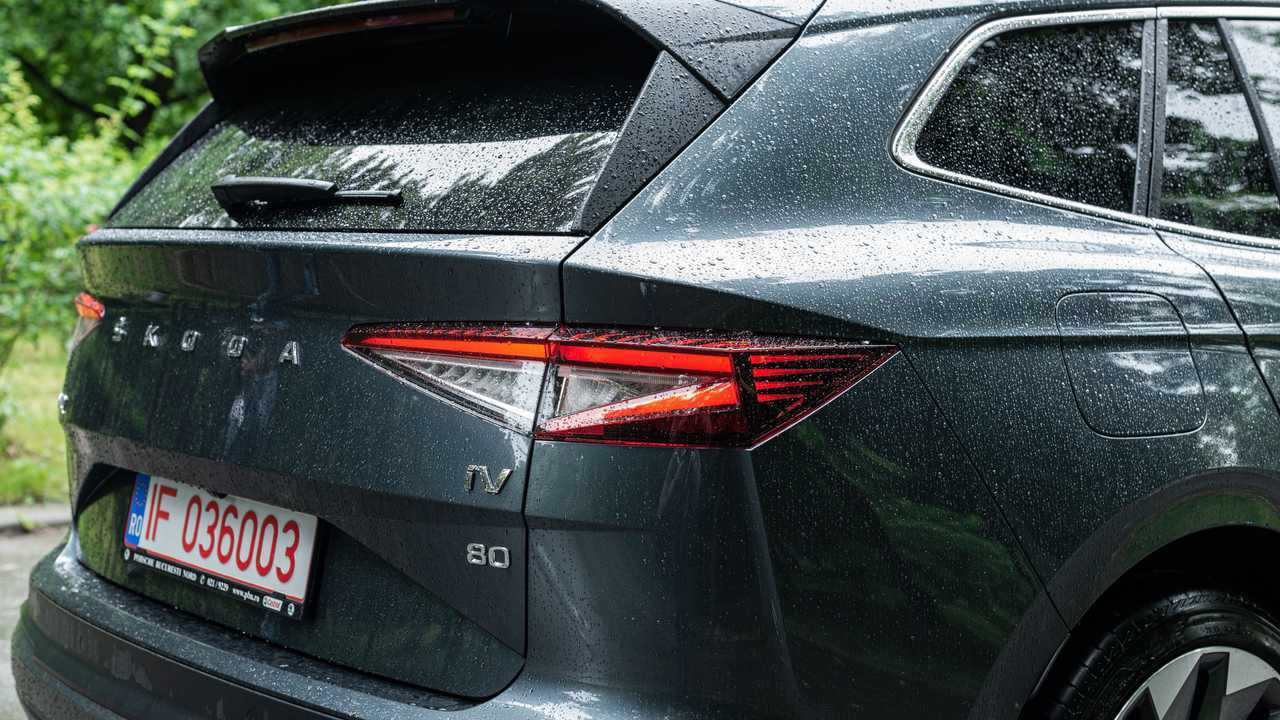 It still springs to 100 km/h in 8.6 seconds, which is only one tenth slower than the VW, but from behind the wheel, you would think the difference was bigger. Top speed is the same 100 km/h and just like the ID.4, it is achieved quite quickly.

When it comes to charging the Enyaq, if you get one with the biggest battery, then you can charge it at 125 kW, which brings the state of charge up from flat to 80 percent in under 40 minutes. If you rely on the 7 kW on-board charger, then it will take around 12 hours to fully charge, and if all you have is a household outlet, then it will take more than an entire day.

The Skoda Enyaq delivers as a practical, family-oriented electric crossover. It is stylish, spacious, has all the tech you would need and it also gets the usual Skoda touches aimed at making your life easier. If you want to see what it’s like and what these practical touches are, check out the video review at the start of this article.