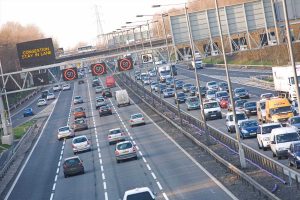 Smart motorways are meant to be a cost-effective way of increasing road capacity, but they’ve made headlines for the wrong reasons

Smart motorways use variable speed limits to control the flow of traffic and, in many cases, instruct drivers to use the hard shoulder as a live running lane. Breakdowns in live lanes have had tragic consequences, though, and the safety of smart motorways has now been called into question.

This criticism is mainly aimed at all-lane running (ALR) smart motorways, where every single lane – including the hard shoulder – is used by live traffic. When these were rolled out, they were not equipped with stopped vehicle detection (SVD) technology.

Consequently, drivers whose cars broke down on an ALR smart motorway and were unable to make it to an emergency refuge area were left at the mercy of Highways England CCTV operators, who take an average of 17 minutes to spot a broken-down vehicle.

In response to criticism of smart motorways, the Department for Transport conducted an 'evidence stocktake', which resulted in dynamic smart motorways – where the outer lane can switch between being a hard shoulder and a live running lane – being abolished.

ALR smart motorways are still being rolled out, but Highways England promised to place emergency refuge areas three-quarters of a mile apart where possible, and no more than one mile apart on any new stretches. The Government-owned company has also committed to installing SVD (Stopped Vehicle Detection) technology on all stretches of smart motorway by 2022.

These commitments didn't stop the controversy, however. Smart motorways received further criticism from the likes of coroners and police and crime commissioners. The latest development is the Transport Committee launching an inquiry into the safety of smart motorways

When a broken-down vehicle is spotted, it then takes operators a further three minutes to change the signal for the obstructed lane to a ‘red X’. Even once this is done, though, many drivers have a tendency to ignore these red X signals, with Highways England issuing 180,000 warning letters for the offence between 2017 and summer 2018.

Unless the driver is able to get their broken-down car to an emergency refuge area – which are spaced up to two miles apart from one another along smart motorways – they will have to wait for either the police or Highways England to physically shut the lane before their breakdown company will recover the vehicle.

The first smart motorway with ALR was opened in 2006 on the M42 in the West Midlands, but now there are smart sections found in many busy parts of the country. Sections of the M25 around London, M6 in Birmingham, M62 in Manchester, the M1 from London to Luton and further north all have ALR available.

Despite the controversy, Highways England – which runs the UK’s Strategic Road Network of motorways and major dual carriageways – continues to argue that smart motorways are safer and more efficient than their conventional counterparts, and works to convert roads such as the M27 into smart motorways are still underway.

The idea behind smart motorways was to increase the capacity of the UK's major roads without having to buy up more land. Transport secretary Grant Shapps has said that reversing the ALR policy would require the Government to purchase land equivalent to "700 Wembley Stadiums".

Below are some tips on what to do if you have a breakdown on a smart motorway.

Have you ever broken down on a smart motorway? Tell us what happened in the comments below…