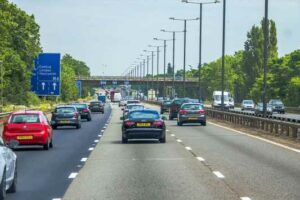 The UK’s automotive industry body SMMT (Society of Motor Manufacturers and Traders) has warned government that a lack of investment in the industry could result in up to 90,000 job losses.

Speaking at the annual SMMT International Automotive Summit, SMMT chief executive Mike Hawes warned the government that, “A lack of investment suggests a lack of commitment. “Over the next decade, the automotive industry will go through the most fundamental transformation since its creation – and the UK risks falling behind.”

The SMMT’s 12-point plan focuses on:

Speaking at the Summit, the shadow secretary of state for business, energy and industrial strategy, Ed Miliband MP, said, “This is a call to arms. We’re at a crucial point in negotiating the future of the car industry.”

Talking about the government’s plans to ban the sale of new, purely internal combustion-engined vehicles in 2030, Miliband said that it was right to be ambitious on the roll-out of EV plans. However, he warned that “High ambition must be matched by high support. The government needs to step up.”

Miliband also criticised the government’s recent reduction in plug-in car grants. “The government should not be cutting the plug-in grant,” he said, while reiterating Labour’s idea to introduce an interest-free loan scheme for new and used cars.

He also revealed that he and his family had been living with an electric car for the past few months, agreeing with comments that “once you have an electric vehicle you don’t look back.”

Check out how the coronavirus has impacted the automotive industry here…