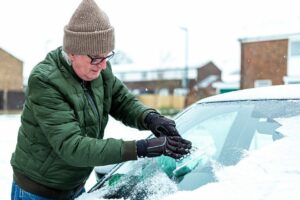 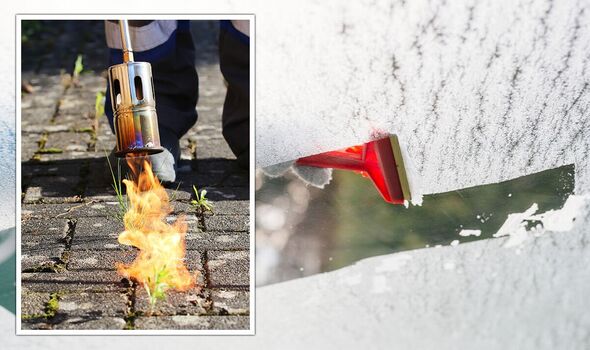 Portholing is a driving offence whereby motorists do not fully clear the windows of their car from ice, frost or snow – in some cases leaving just a small “porthole” to see out of. Shockingly, over half of UK motorists (53 percent) admit they have done this, risking a fine of £60 – rising to £2,500 if their vehicle is deemed dangerous – and three points on their licence.

Even more shockingly, however, 28 of the respondents in the 2,000-person survey admitted to taking a rather extreme approach and using a flamethrower (either a professional one or a lighter and aerosol can) or a blow torch to de-ice their car.

Whilst the research from Halfords suggests motorists might be taking a lax attitude towards de-icing cars, multiple reports of police fining drivers for portholing during the December cold snap suggest some forces across the country could be cracking down on the issue.

Most motorists are not naive to the law, with 82 percent saying they are aware that driving without clearing all the ice and snow from their windows could land them with a fine and points on their licence.

Many also understand the dangers but flout them anyway – with one in six (17 percent) admitting they have driven with so much ice or snow covering their windscreen that they “knew it was dangerous”.

Despite this, 12 percent simply say they don’t think they need to clear it all off to drive.

Amongst those who say they’ve previously not properly cleared their windows, ten percent say it was because they “couldn’t be bothered”, and a similar number (nine percent) say they didn’t want to get their hands cold.

However, if the shoe was on the other foot, 58 percent say they would be angry if someone who drove into them hadn’t properly cleared their windscreen.

And furthermore, three percent of motorists – equating to roughly a million drivers – admit they have been in an accident because they’d not properly cleared their windows.

Amongst drivers who admit they are guilty of driving without properly clearing their windows, few appear to have a good excuse.

Over a quarter (27 percent) say that they assumed the ice or snow would simply melt and fall off once they started driving – perhaps optimistic in the sub-zero temperatures the UK has experienced this winter.

Many don’t appear to understand the dos and don’ts of clearing their windscreen.

Amongst the 22 percent who say they’ve poured boiling water over it to clear it of ice, around one in six (16 percent) say that the windscreen cracked.

Meanwhile, one in 20 (five percent) say they’ve scratched their windscreen using something other than an ice scraper – such as a kitchen utensil – to de-ice it.

Halfords CEO Graham Stapleton is now calling on motorists to make sure they properly clear their windscreens during the current cold snap.

He said: “Most motorists know that driving with ice or snow on their windows is illegal and dangerous, so I really don’t understand why so many are needlessly putting themselves at risk.

“Whilst officers may exercise some discretion, the letter of the law states that all windows, including those on the sides and at the rear, must be completely free of snow or ice.

“But anyone driving with just a small part of their windscreen cleared is at risk of being stopped.

“I’d also add that motorists should clear any snow from their roof.

“When braking, this could be propelled forward and entirely cover the windscreen – not something anyone would want to experience whilst driving, especially at faster speeds such as on a motorway.”