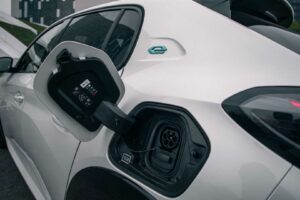 Stellantis now encompasses no fewer than fourteen car brands and it has big ambitions to electrify all of them and become a global electric vehicle leader. And things seem to be going to plan since the group just announced an almost 50 percent in the number of battery electric vehicles it sold in the first half of 2022 compared to last year, with 136,000 of them sold.

Among all its brands, the group offers 20 fully-electric vehicles and it plans to increase that number to 28 vehicles in the next two years. Carlos Tavares, the CEO of the Stellantis group said

In a demanding global context, we continue to ‘Dare Forward’, delivering an outstanding performance and executing our bold electrification strategy. Together with our employees’ resiliency, agility and entrepreneurial mindset, and our innovative partners, we are shaping Stellantis into a sustainable mobility tech company that’s fit for the future. I would like to express my sincere appreciation to all Stellantis employees for their commitment and their contribution to these results.

The group also made its adjusted operating income (AOI) numbers public for H1 2022, with an 18.1 percent margin. In North America, for instance, where it sells Jeep, Dodge, Ram and Chrysler, it says it “achieved record profitability” in the past six months, pointing to the strong early uptake for the Wrangler 4xe, which is now said to be the best selling plug-in hybrid in the United States; Jeep plans to add several more PHEVs in the near future so things are looking good.

Stellantis’ H1 2022 AOI margin for Europe was 10.1 percent while its European Union EV market share went down to 21.2 percent, from the previously reported 22.9 percent. Noteworthy here is the fact that one of Stellantis’ most promising new EVs, the Fiat 500e that we drove a while back was Germany and Italy’s best selling electric vehicle, while the Peugeot e-208 still dominated France, its home market.

The group also reiterated its plan to become a major EV battery pack player in Europe where it has announced plans to create three gigafactories it will build with the help of Automotive Cells Company, Samsung SDI and LG Energy Solution; it also wants to build two gigafactories in North America. This year it also signed partnerships with Qualcomm and Amazon and it also acquired European car sharing leader Share Now and adding it to its own service, Free2move.